by The Goblin Market 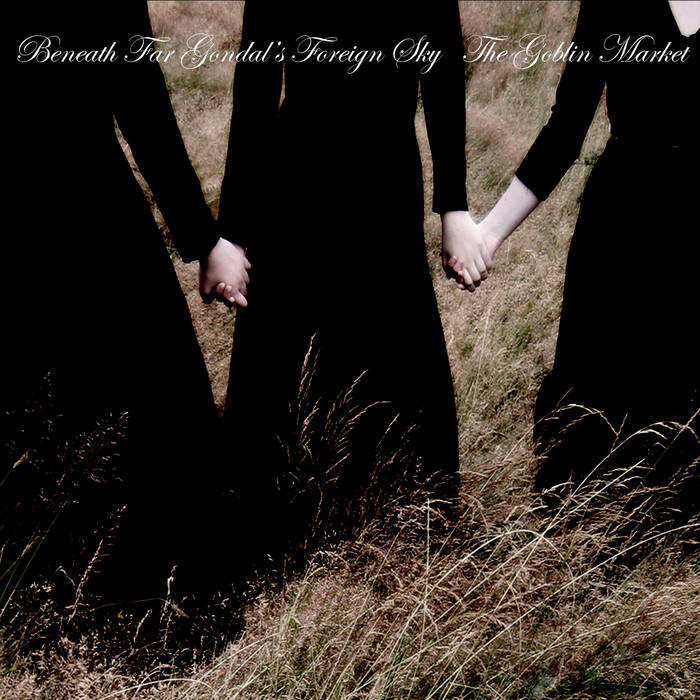 Mason Jones As always, beautiful work from these folks.

The Goblin Market is a long-time side project of Green Pajamas members Laura Weller and Jeff Kelly. The music draws inspiration from both art and literature. The duo’s third and latest album, Beneath Far Gondal’s Foreign Sky, takes another foray into 19th century England with a focus on the work of the Bronte sisters. The songs focus primarily on Emily, author of Wuthering Heights as well as numerous poems, many of which the subject is the imaginary land of Gondal, a place conceived by Emily in her youth.

Critics speak about The Goblin Market:
On HAUNTED (2005):
"The CD is terrific... The music is haunting and mysterious, and very beautifully executed."
Joyce Carol Oates, Author
"The moodiness, the use of acoustic guitars, piano, and the delicate vocals drench the songs in shadow like a weeping willow from one of Oates' stories."
Mason Jones, www.dustedmagaziine.com
"With strong tunes and a theme that unifies but doesn't overwhelm the music, HAUNTED is as good as...any music released in 2005." Michael Toland, High Bias
4 Stars "...recommended listening for those who'd like to check out music that acknowledges the dark side of life..." Richie Unterberger, All Music Guide

On GHOSTLAND (2001) :
"GHOSTLAND crackles with the same morbid Pre-Raphaelite sexual static one imagines buzzed from Christina Rossetti's Stockings." Steward Lee, The London Sunday Times
"For his part, Kelly accomplishes what no Engish professor ever could: giving me an appreciation of the work of Emily Brontë." Adam McKibin, suite101.com
"A perfect record, as such a talented cast would lead us to imagine."
Enrico Ramunni, Rockerilla, Italy

Photography by Jeff
Photo: Moon in the Trees, by Jane Kelly
Thanks to Tess, Jane & Olivia.
Thanks to Tom for kick starting this again.
Thanks to Poli for the wise advice on the cover photo.
From Jeff: Special thanks to Susanne for all those pints in The Old White Lion and Black Bull. And last night.
From Laura: Special thanks to Scott for giving me a love of the bitter draught and moorland wanderings.
And thank you to all our friends and supporters.