Beneath The Stars, Above The River 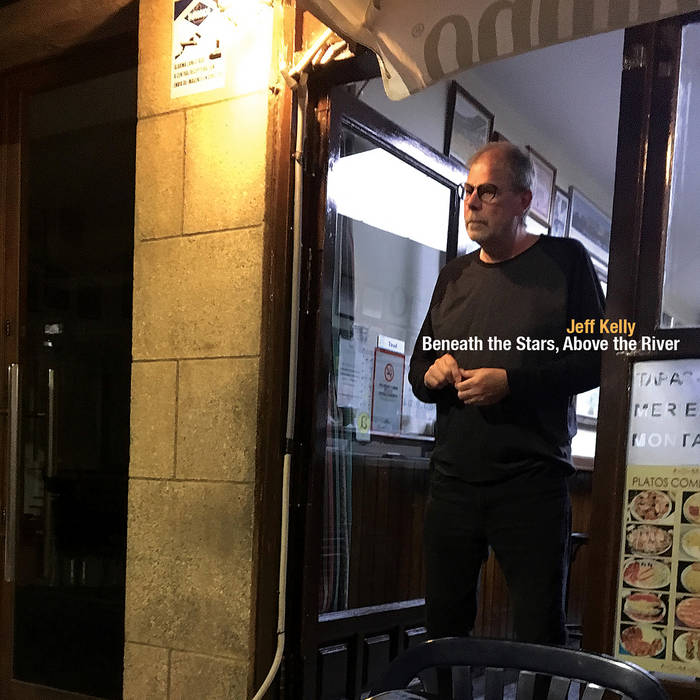 JTB I have everything by Jeff as well as his band The Green Pajamas; this new one shows him at the top of his game!

It is time for Jeff Kelly’s first solo album in the post-live-Pajamas world, Beneath The Stars, Above The River. This is a series of songs written following his trips to Spain and Portugal, the music is simple, relaxed and beautiful. What could be more romantic?Jeff Kelly, Granada

The influence of Spain and Portugal asserts itself from the opening notes of Jeff Kelly’s latest album, Beneath The Stars, Above The River. The lead track “The Initial Kiss” is not a traditional folk song as such, but the rhythm and melody reflect Jeff’s fascination with fado music. Spain too, and flamenco notes are woven throughout the album. It isn’t solely the music of these countries, but the landscapes and people, the rivers and the wine, the stories and the flavors that are interpreted through Jeff’s eyes and songs. The whole album was fully realized after traveling to both countries with his wife, Susanne, in 2017 and 2018.Jeff Kelly, Porto 2

Whilst fado is a newer crush, Jeff has long been entranced by the sound and tradition of flamenco music. In gathering song ideas for “Beneath The Stars, Above The River” Jeff delved into fado (most notably at a family run bar in Lisbon). In Spain he went south from Madrid searching out flamenco music.

“I had a little black book and I’d write down song ideas as they presented themselves. The Douro River wind and rain, the women begging for more euros, Juliana of the one-man scanner station in Antequera, were all real. Drinking dark beer under cathedral bells in Lisbon, the romance of an evening on the Guadalquivir in Seville, it all happened. I was very inspired!”

Jeff KellyWith Beneath The Stars, Above The River Jeff reverts to his organic approach of recording that is evident in his solo releases from the 1990s, leaning heavily on acoustic guitar and accordion, rather than the electric guitar and keyboards of The Green Pajamas. “I did all of the percussion, sometimes just my wedding ring keeping time on the wood desk.” There are exceptions of course - the electric guitars of “Moon Over Granada” and “Señor, Señor” immediately recall The Green Pajamas. Fans of that band will also appreciate the murky, semi-psychedelic sound of the album closer, “Alleys of Madrid.”

Jeff’s intent with his newest solo album is to present various love songs that one might hear through the heatwaves of southern Spain or the downpours of Portugal in April.

Jeff also has some great videos for this album, shot on his travels. It’s just like you were there! (Ok, you weren’t) You can see one right here!