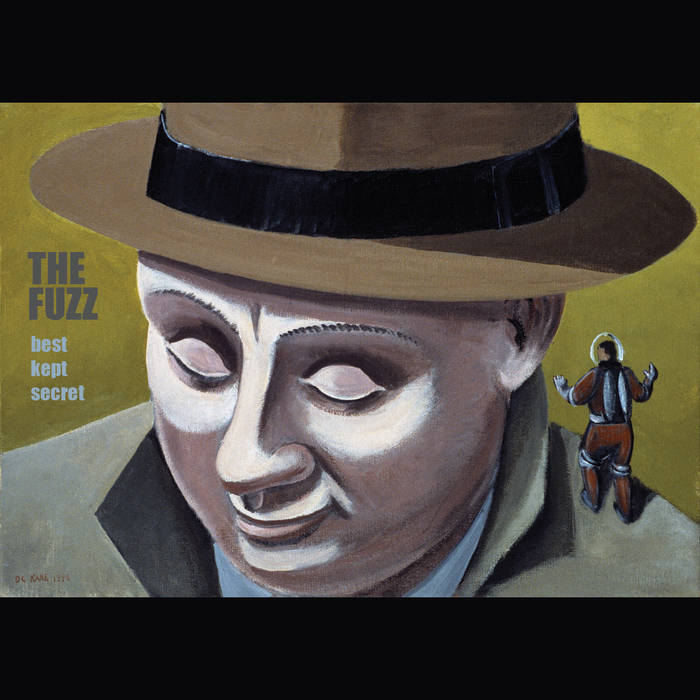 THE FUZZ are total West Seattle Rock. Two guitars, bass and drums. Old enough to know better, but that just don’t matter. With Best Kept Secret, their 3rd album, they are planning to expand the hood. From the opening primal guitar turmoil of “Can’t Wait” to their rumbling tribute to Wilt Chamberlain and his 10,000 girls, the country-sleaze of “Charley Horse,” all the way to their epic closer, ”Call The Cops,” The Fuzz get it done. 100%.


THE FUZZ is a veteran combo with guitar-monster Rod Moody, who has played in at least 100 bands including early Sub Pop grunge favorites Swallow and Seattle hardcore pioneers Deranged Diction, Andy Hoggarth, co-vocalist and guitarist weaned on classic country and old-school rock & roll who favors the red Les Paul (‘cept on Fender night), Orange County punk rocker & skater champ Brad Jackman on the bass and skin-man/spiritual force Tom Hendrickson from Bam Bam and the Runaway Trains. Add it up and you get something that is not halfway between the Dead Kennedys and the Rolling Stones but might be a third of the way. They do know how to rock.

THE FUZZ started out in 2000 when Rod stole another man's band. They quickly made a "friends & family" record, Here Come The Fuzz, with producer & longtime pal Jerry Hammack. After a handful of shows, Rod was called away to Providence, Rhode Island, where he stayed for four years eating quahogs and lobster rolls (Oddly enough GMR Prez Tom Dyer was there at exactly the same time). He came back fat and sassy in 2005 and The Fuzz picked up where they left off. Well sorta.

THE FUZZ took a while to get round to tracking their 2011 sophomore release, Fun Forest, which at least provided extra cash at gigs and a few spins on KEXP. (But it IS a very fine record and you should buy it, pal.) Twelve years in, The Fuzz is no longer content to be Seattle’s Best Kept Secret. They wanna blow that up. Their new release is the first of their three albums recorded in a real recording studio (the previous two were recorded in the basement) and is coming to you from the home of true Seattle Underground Rock, Green Monkey Records.

THE FUZZ are a fixtures in Seattle’s dive bars, playing their beautiful songbook all the way from Georgetown to Shoreline and who knows, they may even expand that range with this new album. Tacoma? Everett? If they are feeling crazy, maybe even Portland!

And Finally:
THE FUZZ would like you to know are not an indie band, not an alt-whatever band, not a crossover band…they are a fucking ROCK band!

All songs written by The Fuzz © 2015 moodmusic BMI/ASCAP. All rights reserved.