Both The Planet Frank and The Chet Lambert Show

by Jim of Seattle 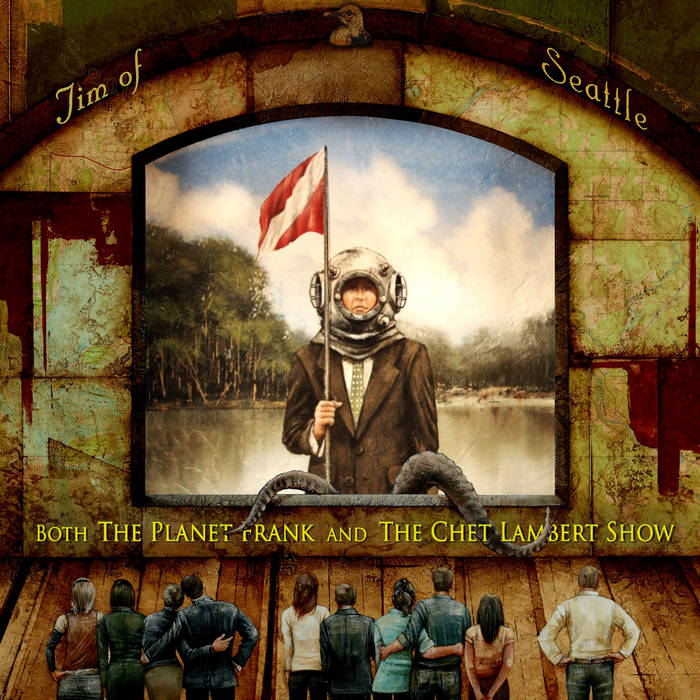 As you may recall, we last saw Jim of Seattle about three years ago, when he released his debut, the very well-received We Are All Famous (greenmonkeyrecords.com/product/jim-of-seattle-we-are-all-famous/). It took Jim 30 years to make that one. It seemed possible the next one would take as long, or longer. It didn’t. Jim has come back to us with two unique concepts at one time, The Planet Frank (starring The Elders) and The Chet Lambert Show, which contains his most beautiful composition to date, “By Inches.” Both The Planet Frank and The Chet Lambert Show is no less unusual than his debut, if you are looking for Barry Manilow singing Cole Porter at a grand piano sitting on the inner rings of Saturn, with Fleet Foxes on backing vocals, you may be in the right place.

Side 1 of the CD takes place on Planet Frank, where The Elders have saved the planet and are now huge pop stars. They are presented here Live in Concert, including their P-Frank-Style version of “Wichita Lineman.” After a short intermission for “Great Big Beautiful Day,” Side B presents The Chet Lambert Show, an orchestrated variety concept that interacts with Side 1 in many interesting ways. It has finger poppin’, a Carpenters’ hit, the heartbreaking “By Inches” and the slyly charming “I’m Gonna Be Your Man.” In short, this is everything you ever hoped a second Jim of Seattle album could be: entertaining, epic, satisfying.

As always, Jim plays almost all the music. He does nearly all the singing. He recorded it all. He wrote most of the songs. This is pure Jim. Something different, something beautiful, approaching perfection. Amen.