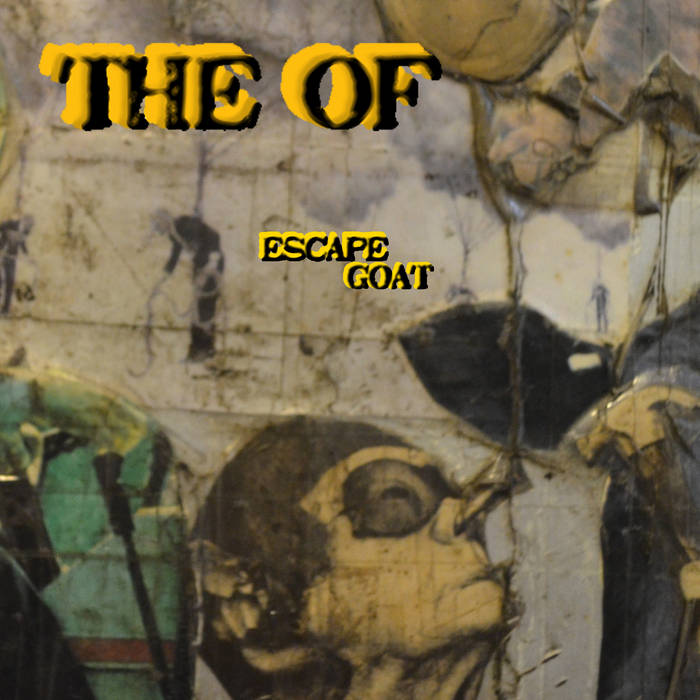 The OF would like you to think they a group of space lobsters from some outer realm of existence. Well, that is not true, but it may as well be. Even in remote Roslyn, WA, their secret headquarters, these foil-clad colander-wearing toilet-busting barbecue-banging lunatics are often misunderstood.

The video they are making for their song “Damn Dirty Hippy” is not likely to help the situation. It will feature a close shave. Check it here:
youtu.be/NDbO_Y211Bk

Like their first album, Escape Goat has mostly long songs with many parts. You will find them beautiful. You may also find them weird. The OF are unique and that, dear friends, is no longer an easy thing to be.

For their first album, Oh It's The OF, they were a mere four-piece. They have added another guitar player and a sax player and sometimes percussion; they are now an advancing army of six or seven. More players invoking the compositions of Mr. John Carey is six or seven times more beautiful than other brands.

Their album cover comes from a collage assembled by a lumber monkey on a working clip board over a period of ten years. It is pure. It is multi-leveled. It is Art! Art of the proletariat!

100% TRUE FACT: I put out The OF’s music for one simple reason. They are great. Prove me wrong!!