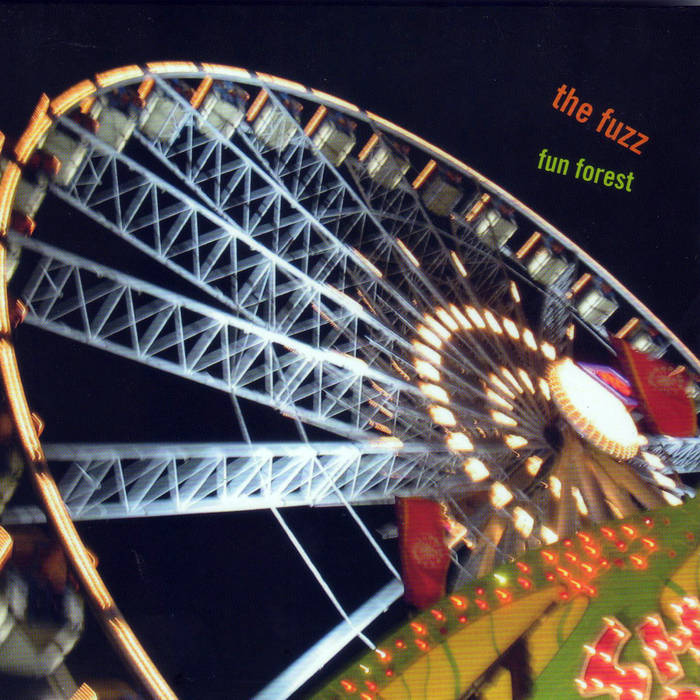 The Fuzz present their debut full-length: Fun Forest, which finds the group able to shift from slamming fun punk (“I Want”) to Replacements poignancy (“Forget It”), and ending with the Roger McGuinn-snarl of “Talk To Me” before going Lemmy on “Subpressure.”

After having opened recent shows with Paul Collins Beat, Agent Orange, Gary Myrick & the Figures and The Gears, the band has released nine gassed up and tight tracks that are an awesome sweep of gut-bucket underground and classic rock styles, in which fans of diverse but always tough bands like New Bomb Turks and the Dirtbombs will find plenty to enjoy.

The Fuzz began when Rod Moody stole another man's band. Andy, Brad and Tom were all in the band Humptulips with another fella when an argument erupted. Rod was already friends with a couple of the Humptulips guys, and he, in fact, named the band during a contest at a party. Phone calls were made, secret rehearsals took place, Humptulips split and The Fuzz was born. They recorded Here Comes The Fuzz demo in 2000, but went on hiatus when Rod moved to the East Coast. He returned in 2005 and they’ve been crafting these nine tracks to perfection ever since.

Rod Moody: An acolyte of the Ginn-style full-front hassle, with plenty of Dale fret board sea foam, his cranky vocals and working class poetry of shit fucking up (here, “Something In The Water” is a science-gone-wrong classic), and volatile relationships (“Are You Gonna Miss Me”) have been filling sides for Seattle bands like OG Sub Poppers Swallow, Spike, Deranged Diction (w/PJ's Jeff Ament), and many others. Rod was grunge when it meant basement shows and not stadiums.

Andy Hoggarth: Versatile guitarist who adds six strings of fire to songs that hint at 60s nuggets as much as modern day garage rock; and vocally a harmonic convergence to Rod’s shouts and scowls. They don't call him "Rock Daddy" for nothing…

Brad Jackman: An old-school Orange County punk, "Jackhammer" plays bass for The Fuzz after learning everything he needed to know from the Southern California hardcore scene, with Rikk Agnew (Adolescents), Final Conflict, Corruption, and others. Fun fact - he once roadied for Slayer.

Tom Hendrickson: Ex-Runaway Trains (which he was in with Rod), Bam Bam, and one show with the Fastbacks, Tom Tom's a drummer who understands the simple but perfect math of 4/4 stomp rock and full speed ahead gut-bucket punk.