by Fur For Fairies 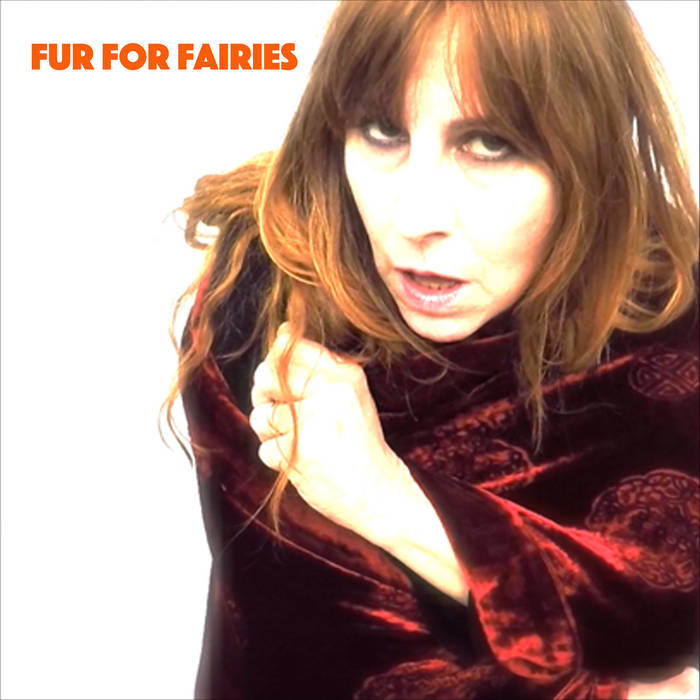 If I Kissed an Angel
youtu.be/EcAcgkmd4Q0

Susanne Kelly is a Seattle painter and printmaker. Now she is a pop music singer too, plying this new endeavor under the name Fur For Fairies. This is her first starring record. In 2014, she made By Reckless Moonlight with husband Jeff Kelly of the Green Pajamas. While a full collaborator in its creation, the press saw her as the junior player, an influencer, contributing tasteful bits here and there and one lead vocal, the sensual “I’d Rather Be Filming In Vanda’s Room.” Green Monkey Records said Viva! More!

We now have more. The album is produced by Mr. Kelly and while some of his uniquely best work, make no mistake: this is Susanne’s album. This is her voice, her pointed tongue. It is not a pretty voice, not a tutored voice. It is naïvely sweet, while still a ragged voice of a lifetime of earthy, lusty, experience: an instrument, a tool, a brush.

Now we have videos as well, sensual, intelligent and sometimes amusing. Susanne on the wall, Susanne in the desert, Susanne on the porch. Terrible beauty. A peek. Susanne.

SusanneFur For Fairies is not easy pop for beginners. Its songs range from the angular extravagance of “Stolen Kiss,” to “Toward the Dawn’s” long wandering extremism and the painfully understated elegance of “She Says No.” Some of her songs are knowingly personal. Some are not at all. Although Susanne holds not their musical line, should you favor a ménage à trios of Lenard Cohen, Marianne Faithful, Polly Jean Harvey or other dark sorts, you may find you’ve a hungry place for her work. A need.

As an artist, she makes paintings, drawings and woodcuts. Her work to appeals to a broad range of viewers from naive to sophisticated. A strong concern for formal relationships acts as counterpoint to the narrative quality of these pieces. She hopes to suggest moods and stories, not delineate them.

Her newest art work was completed in tandem with this recording project. For many months she would move from one studio to the other. The resulting paintings were built up much as the album tracks - layer by layer, always hoping for the unexpected to occur. Incorporating a second, different form of artistic expression allowed her to work through some difficult visual problems.

Jeff Kelly is her husband of many years and her producer for this record. As a recording artist he has over thirty albums to his name, mostly under the moniker, The Green Pajamas. The skills developed there have served him well for this album, which he produced, engineered and mixed. Mr. Kelly is also an accomplished musician.

Fur For Fairies. Eleven lucky slices of infinity and grace.

All songs by Fur For Fairies
© 2015 St. Brigid Publishing/BMI