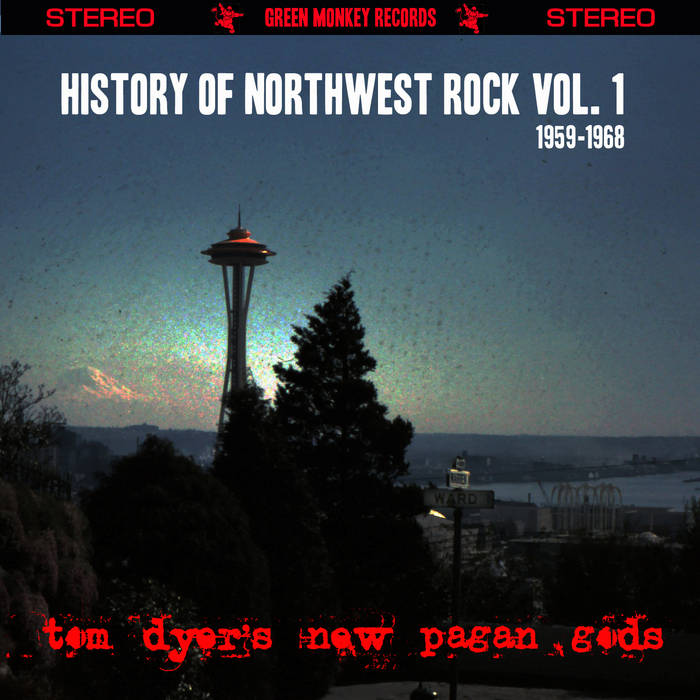 Come Softly To Me
youtu.be/By6vXcZGmYE

I have been thinking about making this record for a long time. Why, you may ask? Why dredge up a bunch of moldy regional figs from the far left corner of America for an album, and even worse, why do a covers album? Why not just get the originals and put them out? They are certainly better. The simple answer is I am a Northwest guy who grew up with these songs and I love these songs. Their raw goodness is permanently aligned with my caveman brain. These songs were mostly put out on little independent Northwest labels like Etiquette and Dolton, and I like that too. Finally, there is some strange commonality about these mostly guitar-driven songs by these rained-on Pacific Northwesters that not only links them, but somehow informs much of the NW music in the decades that follow.

My original inspiration for this project was an album called The History of Northwest Rock Volume 1, released on the Great Northwest Music Company label in 1976, one of many labels owned by NW impresario Jerry Dennon (of Jerden Records). When the album came out these songs were ancient artifacts, ten or twelve years old. I don’t have the album anymore, but I still have a cassette I made from it, to which I added tracks that I thought rightfully should have been there in the first place, like The Wailers, Merrilee Rush and the Raiders, recordings to which Jerry no doubt did not own the rights. For this album, I didn’t record every song on that old cassette tape, but I did a lot of them.

There is not one band whose work is represented here that I ever saw live in their heyday. Most of these were songs I heard on the Seattle AM radio. KJR (you can get all their playlists from 1962-64 here) or KOL. Didn’t really know if they were local hits or national hits. They were just cool. A couple songs I’d never even heard of before I started preparing to make this record, Howie (Monkey #2) and I did a little homework and came up with “Busybody” and “I Wanna Hold Your Hand.” When I started out this project I had a much bigger list of possible bands than what we ended up with, including Dave Lewis, Bonnie Guitar, The Bards, The New Yorkers, certainly Jimi Hendrix and a lot of other fine NW artists worth exploring.

The idea of putting together a band (for my last non-Xmas album, I Ain’t Blue Any More, I played all the instruments) and figuring out some new approaches to these songs seemed like my idea of a good time. I had assembled a killer band a year and a half back to record “No Lou This Xmas” – Scott Sutherland (King County Queens and Chemistry Set plus more), Scott Vanderpool (those same KCQs & Chem Set, the Green Pajamas plus many more) and Joe Ross (the Green Pajamas, 64 Spiders and a few million more). It was so much fun, I asked them if they wanted to make a record. They said sure and this is it. We recorded the songs in my dining room last summer. I asked Jeff Kelly of the Green Pajamas to guest as “Jeff The Organ Player”; he gave assent. Our approach was to keep it simple. Basically come up with an arrangement that we could play live with two guitars, bass and drums – bang! Add a little organ later as special sauce as needed. Some of the arrangements hew closely to the originals, some move off into left field a bit. In all cases there is an aesthetic that we tried to keep at the core. I wanted to do justice to all these great bands and great songs.

The bands (check info for the song). Where possible I included some links for you.

I am grateful to be from a place where such great music pops up from the trees.

Thanks to: The New Pagan Gods* who made this record so damn cool and are such fine gents to work with. Thanks to Kat who came up with better backing vocal parts for Angel than I did. Thanks to Sheila D. and my sister Susan for the earlier backing vocal parts I ended up not using. Thanks to Howie for much consultation and advice as I went through what seemed at times an endless process. Thanks to Vicki and the neighbors who put up with the racket. And more than anything, thanks to the great bands who first did these great songs. Respect.

* I had another band called the New Pagan Gods for two nights in 1987 or so. You know who you are.