I Ain't Blue Any More 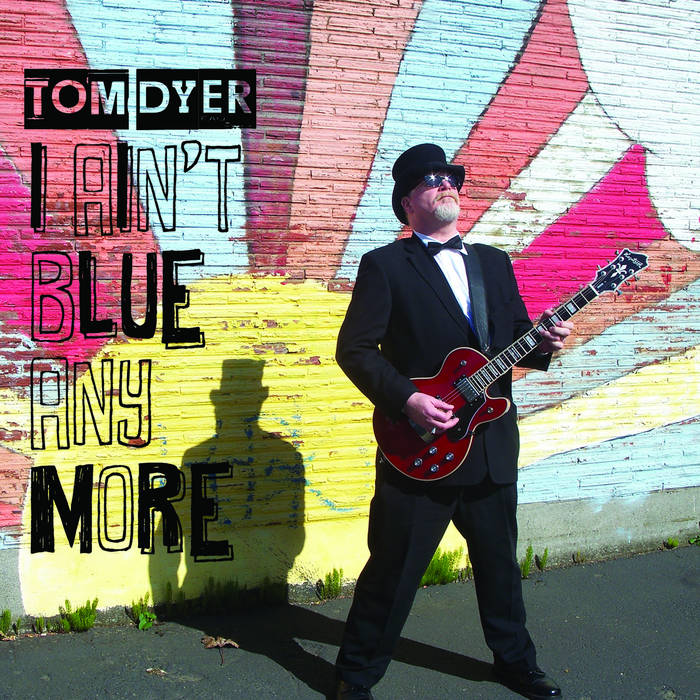 There Be Killin' (In My Town)
youtu.be/ab-s5fz70gQ

Chet Recorded on June 20, 2010
Chet was written for my father-in-law the week after he died. It is a simple tribute. My daughter Kat joins me on the singing.

Oh Libya! Recorded on Feb 26, 2011. The completed music for this song was sent to me by my late friend Kenny Smith, an old Texas musician by way of Memphis. He called it Island Song and asked me to write a melody and words to make it a pop hit. The Arab Spring was in full swing, and this is what I wrote. It probably wasn’t what Kenny was looking for. I pres­ent it in fond memory of my excellent friend. Good man.


Welcome to Ain’t Blue. I’m not really sure you would call this a blues album, but it is a blues-inspired album, that is for sure. Here’s the lowdown on how this came about and some comments on the songs. Depending on how you look at it, either this album has been a long time coming or started in August 2011.

Version 1. The first official blues record I ever owned was The Howlin’ Wolf London Sessions when I was just out of high school. I didn’t know who The Wolf (a.k.a. Chester Burnette) was but I knew who all the English rock stars playing on it were so I bought it. Loved that album. Still do. Though I didn’t put it together at the time, I had previously acquired a direct descendant of The Wolf, Captain Beefheart and the Magic Band. I had both Trout Mask Replica and Lick My Decals Off, Baby, which created a fermenting, evolving revolution in my mind. Beefheart’s dense, harmonically dissonant confluence would later lead me down the path to Ornette, Coltrane and Cage. The Wolf would lead me to Muddy, Son House and John Lee. At one point in my early twenties, I believed the only true road to salvation could be achieved by a sufficiently deep, meditative understanding and appreciation of Mr. Hooker. The way, the truth, the light. How, how, how.

When I started playing guitar in my mid-twenties, I didn’t learn other people’s songs much. I mostly wrote songs from the get go. Four of the earliest songs I wrote are on this album. From 1979, it’s There Be Killin’ (In My Town) – yes, it has all new 2012 lyrics – and Lizzy. Both of them are fairly simple songs that fit my late-developing guitar playing. Killin’ had never been recorded more than a basic built-in-microphone-cassette recording. Both were waiting, biding their time. Rollin’ On the Clay and Call On Me are both from 1980 and were played by my art-punk band of that time, The Adults. Call On Me was recorded by The Adults, who turned into The Colorplates and recorded it again – both were more frenzied versions than the newest. Oddly, Call On Me is my most recorded song. This is the 4th version. Pat Hewitt, who engineered the second version, told me it could be very commercial if done right. Hmmm, perhaps not. While the recordings I would do for the next 20 plus years would mainly alight in weirdo rock land, this blues notion, this blue tension, was always lurking somewhere in the background.

Version 2. Somewhere between 1998 and 2000, I got the idea to go record some old songs in a more blues fashion, went into the Art Institute studio on a Sunday and knocked ‘em out with a few pals. The songs were No Hammer, Lizzie, Rollin’ On the Clay and Call On Me. They didn’t really come out where I wanted to get to, but the idea was there. No Hammer was dredged up and recorded for last year’s Icons’ album Appointment With Destiny! The other three’s long wait has ended – they have finally got to CD this time.

Version 3. I finished recording The Icons’ second album in 25 years, Appointment with Destiny!, and released it last April. While I was working on Green Pajama Country and Sigourney Reverb’s album, I heard about a compilation of new recordings of songs from Harry Smith’s Anthology of American Folk Music being released and decided to submit a tune under an alias, which I am known to do on occasion. That August I recorded a version of John The Revelator, though it was really based more on the Son House version that I love than the version on the Anthology by Blind Willie Johnson. I was pretty happy with it. However, it was rejected and ready for the Seattle “aesthetic dustbin.” I plowed through getting the annual Green Monkey Xmas album done, but the notion of doing something more along that blue line kept itching in my brain.

Once the Xmas album was posted on December 1, I went to work. A new version of Call On Me was first, started December 8. On Dec. 16, I began a brand new song, The Ballad of Carton IV. I played everything. When I got these two done I played ‘em for Howie, who thought I needed a better guitar solo on Carlton. I brought an old pal over to throw some licks down, but ended up sticking with my original solo. Things started moving quickly. My version of Smithsonian Institute Blues was started Jan. 7, a new wack at Rollin’ On the Clay and a new instrumental, Pass the Jug were both started the 26th. (People Want To Be) Free came in mid-February. By this point, having played every note thus far, mostly as a matter of convenience, I simply decided it would be that kind of record: I would play everything on the record, all Tom, all the time. I found myself doing more low vocals than I ever have, often singing an octave lower than I normally would. It seemed to fit the songs. March brought a new version of Lizzy, tax day April 15 Walkin’ In the Sky began and then it was May and time for The Sonics’ The Witch. By June, I was ready to put the pedal down and wrap it up with I Am Fretless, next There Be Killin’ (In My Town) and finally The Day I Died, which was written the month it was recorded.

The other big influencer for this record was Craig’s List. I started buying crazy cheap instruments over the last few years, acquiring mostly stringed things I had never touched before - a banjo, mandolin, lap steel guitar, resonator guitar, ukes, bulbul tarang (the Indian banjo), baritone guitar, a fretless bass, a melodica, a Peruvian charango. Some of this stuff would be used on a recording the day I bought it. Why waste time learning to play it? As a result, I usually did not play them in any traditional manner. I just looked at them as interesting sound sources and looked for sounds I liked. My basic rule was once they found their way home they were going on the record somewhere.

Now it’s in your hands. When I was working on this last January, I would say to people I thought I was making a blues record, but I didn’t think anyone else would think that. Now it is September and I think it sounds more “blue” than I thought it might last January. I am happy with the result. Hope you are too. That said, I don’t know that I will go this way again. For the next record, we’ll just have to see.

Produced, engineered and so on by Tom Dyer

All instruments and singing by TD

All songs recorded 2011/12 at TDS Productions

All songs written by Tom Dyer, All songs © Half the World Publishing
except::

Thanks for helping out with stuff: Carlton Lonergan IV, Heather Willott.

Thanks for putting up with the repetitious racket: Ms. Vicki Dyer

Most importantly, thanks to everybody out there that has supported our efforts here at Green Monkey Records the last three years.

I am sincerely appreciative.