If You Knew What I Dreamed 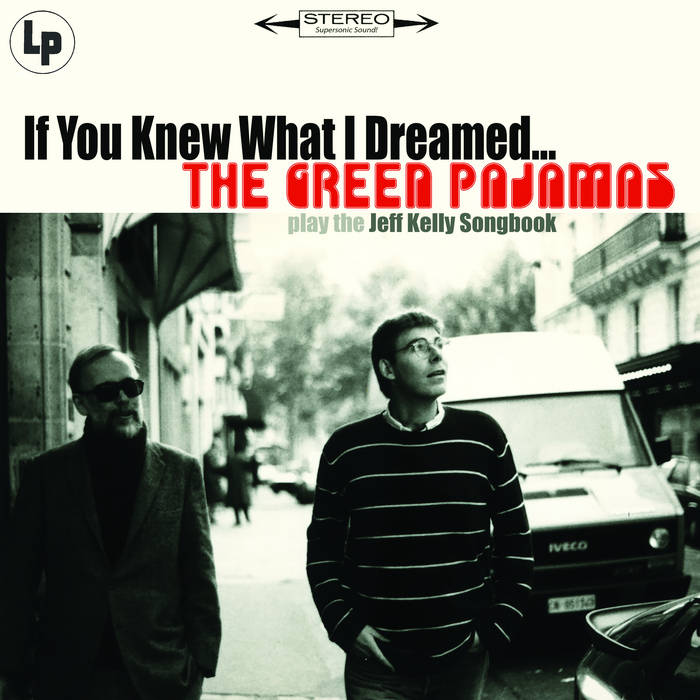 We are quite pleased to co-release If You Knew What I Dreamed – The Green Pajamas play the Jeff Kelly Songbook with Sugarbush Records of England. This is a bit of an oddity. Originally released in 2007 as a 16-song download-only album on St. Brigid Records, it is now seeing broader release. The album was edited down to eleven songs by Kelly and remastered by GMR honcho TD for limited edition (300 copies!) translucent green vinyl release on Sugarbush Records. Green Monkey Records is releasing the new remastered eleven-song version digitally world-wide. Green Monkey Records also has the vinyl LP available through the GMR website, where the whole damn album will also be available for streaming. Right here! Right now! It is such a modern world!

If You Knew What I Dreamed - The Green Pajamas play the Jeff Kelly Songbook is an album culled from Kelly's 30-plus years of songwriting. Originally this was released as live-in-the-studio versions of songs from Kelly's solo albums as well as a few of the band's oldies and two new songs. This edition includes the previously unreleased, “Where Have All The Geniuses Gone.” Recorded and mixed fast, these bang-it-out sessions (1 rock band + percussionist) have an exciting and spontaneous energy, the songs themselves being the focus, as opposed to elaborate production of other Pajamas albums. The sound quality is incredible and particularly dynamic. The stripped-down production, always incredibly powerful, emphasizes the power of Kelly's melodies, making this an album of understated beauty and an absolutely essential addition to his cannon. If you know what I mean.

And of course. for completists, the original 2007 16-song download album is still available on Jeff’s St. Brigid site at: thegreenpajamas1.bandcamp.com/album/if-you-knew-what-i-dreamed-the-green-pajamas-play-the-jeff-kelly-songbook, along with piles of other Pajamas oddities.

In related news, The Green Pajamas have an all-new release on LP, CD and download scheduled for September, 2016. More about that soon.