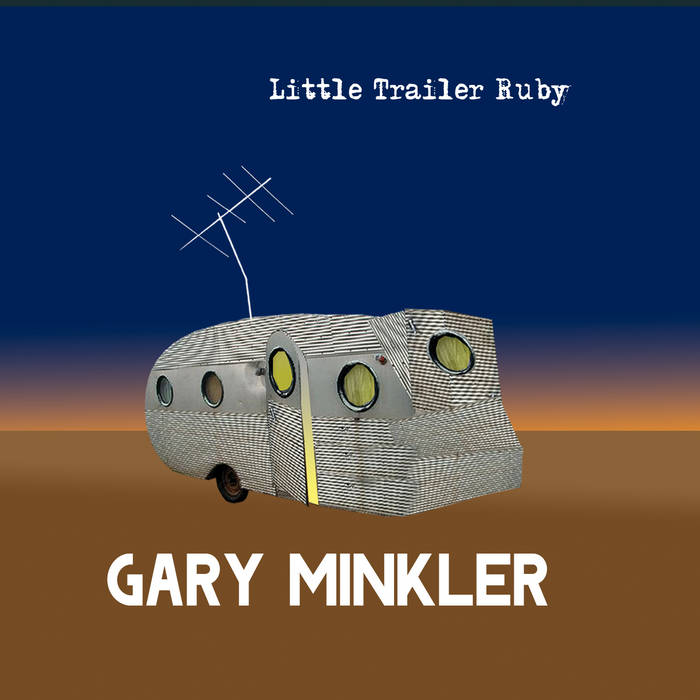 Gary Minkler is a 100% Seattle guy, singer for the legendary and occasionally revived Northwest band Red Dress. For his first solo album he steps away from their James Brown meets Beefheart sound for something a bit more soulful, perhaps a taste of Van Morrison if recorded by Tom Waits and Frank Zappa.

After recently revitalizing Red Dress, Gary decided it was time to put a new band together to record and play some Minkler songs with a different sound and nature. The album is a marvelous collection of words and music that gives listeners a deep glimpse into the mind of Seattle’s most musical poet. It is a record that grows with each listen. Produced by Conrad Uno, the mastermind behind classic albums by The Presidents of the United States, the Fastbacks and the young Fresh Fellows, “Little Trailer Ruby” will thrill the longtime fans and win over the hearts, minds and ears of those who have not yet heard Gary Minkler.

In the old, weird Seattle, Gary Minkler was a wobbling lighthouse that guided waylaid stragglers between the hippie and punk eras, striking a popular chord with a chunk of the Seattle demographic in the early eighties with Red Dress, a band that defies time, trend and category, while at the same time remaining deeply rooted in Northwest rock heritage.

This is different than Red Dress, but it is still very much Gary Minkler.