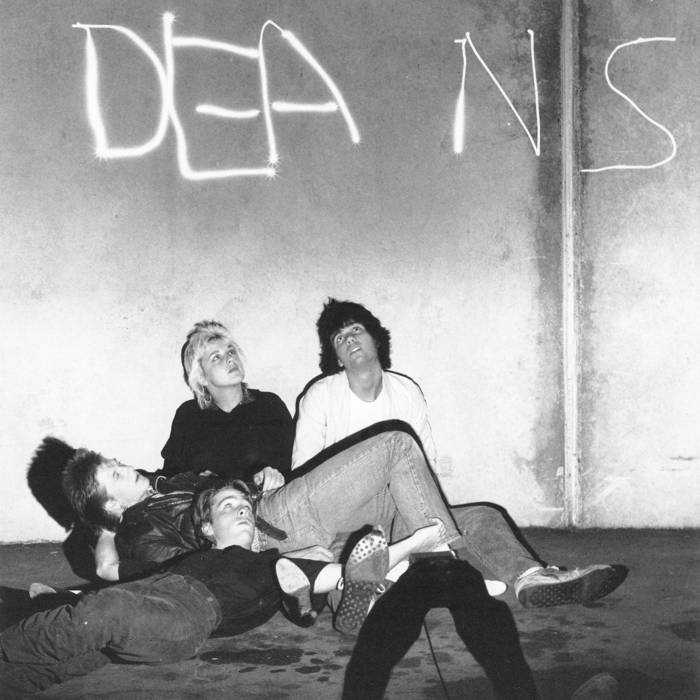 So what is it? It’s THE DEANS – Live December 31, 1981 at 66 Bell. Who dey, you ask? Well by now you should know that we at the Green Monkey Mind Meld are big on the sounds of Mr. Al Bloch, who rocks with puresomeness. We have been releasing his brand newest sounds and his brand oldest and are honored to do so!

The Deans fall in the latter category. They are third in the line of Al-ness. First, The Cheaters, whose complete works were released a couple years ago on No Threes The Cheaters - See You Next Year, Fuckbrains (2015, Blue Translucent, Vinyl) | Discogs (and featured as GMR AotM Jan 2016), next Wenis The Donut House, Seattle 1980, and now, it’s The Deans. The Deans were Al’s band around 80-82. They were the band Al had when I first encountered him, playing a show with The Deans and The Colorplates at WREX back when. Besides Al, The Deans had the late Scott Dittman (the singer of The Cheaters who mixed it up on stage with Al leading to that band’s demise) on vox, Pam Lillig on guitar, and Andy Fortier on drums. The Deans would not last long, Al would move on to forming Bombardiers (Bombardiers | Discography | Discogs).

Recently a crazy unearthing happened. An unveiling, a discovery of buried treasure. Brother Kurt Bloch, pulled an eleven-song live cassette out of his rabbit hat. Al knew not of its existence. Kurt had recorded this here show you can hear right here at a New Year’s Eve party at The Enemy’s Belltown rehearsal place. He stuck the cassette in a safe place and forgot about it for forty years. Mr. KB has been a busy boy during the Kovid scene, including finding some old Fastbacks treasures hidden away in his vaults, shining them up and letting them fly. And he found this. So here we are. Basic rock action, 100% live. A couple of Al’s tunes would be redone by Bombardiers, but the first versions are here. We made 50 pretty CDrs of this so if you want one, jump in line quick.

Front cover photo by Rob Brown
Songs by Al Bloch
except:
Learn The Hard Way by Pam Lillig,
No Heart by The Vibrators
Shake A Tail Feather by Mitch Ryder