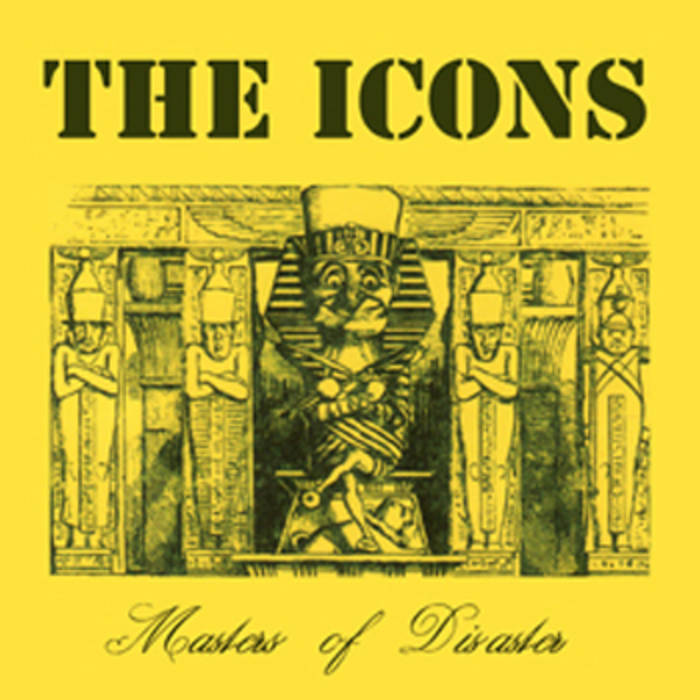 One day we got this crazy idea that we should have a real band and play live. I told Steve that if we came up with the right band name, the rest would fall into place. The next day The Icons appeared in my brain and we were off. Rick the bass player worked with my wife making pottery and was lured into the band with a New York steak (medium rare). Tim played drums for a studio client of mine, occasionally referred to as The Cosmic Tunas. We just figured we’d steal him and did. We were off and running for a three year stab at glory.

Recorded on 8 track in 1983/84 at TDS Productions by Tom Dyer and Keith Livingston with an assist from Peter Barnes, except "Voodoo Villain" recorded on 4 track in 1982 and "Howlin’ at the Moon" recorded live at the fabulous Rainbow Tavern sometime in 1985, engineer unknown.

Mixed and Mastered by Tom Dyer at TDS Productions 2010. Digital transfer for mixdown thanks to Conrad Uno at Egg, the owner of ancient tape decks. Additional keyboards in 2010 on "Women," "The Hunger" and "Work Ethic Rock" by Glen Slater. The Icons wish to thank: Vicki, Sheri, Sistie and Ann, who put up with their mess back in the day; Keith who was our long time sound guy and, most of all, their friends and fans who stuck with them through thick and thicker.