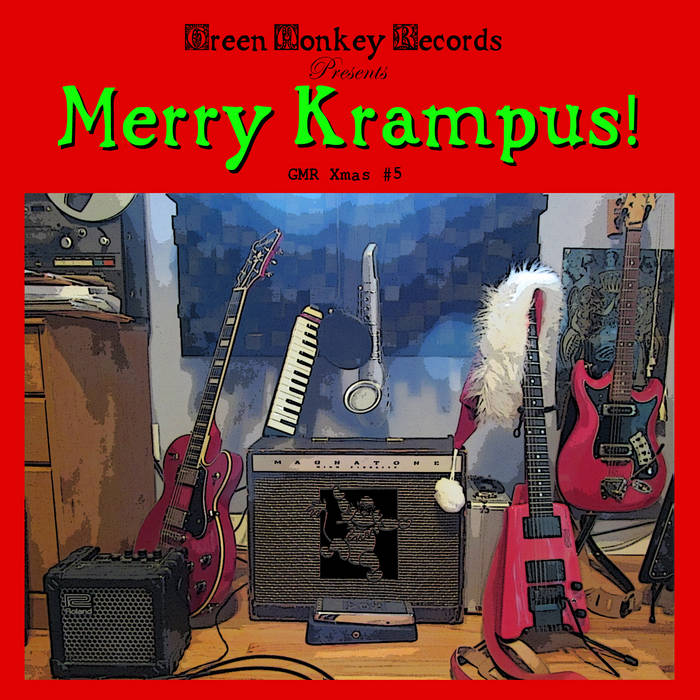 “There’s so much greatness in this collection, its hard to know where to begin.” Stubby’s House of Christmas Read all abvout it and listen here.

This Seattle-based record label rounded up an elpee’s worth of toonz from its label artists and friends to benefit the charity MusiCares for 2013. This is the album that contains that fabulous tune “No Lou For Christmas” by Tom Dyer and His Queen’s Pajamas that I posted several days ago, a lovely tribute to the late Lou Reed that affectionately pilfers several Lou/Velvets riffs as well as “The Night Before Christmas.” Mistletunes

“This collection of music is a raucous holiday treat that can be enjoyed with friends and family for years to come.” Leslie Snyder

Black Friday has come and gone (I think) and the twelve days of Christmas have yet to begin (I made my theatrical debut in the 3rd grade presentation of said masterpiece, starring as the partridge).

As you know, that means it is time for our 5th annual Xmas album. As always, when October starts, I have no idea who will be on this – I just send an invite out to the universe and see who shows up.

The universe has replied.

This year we are making MusiCares the beneficiary. 100% of the dough we collect from downloads will go to them. Every penny. If you don’t know, MusiCares is part of The Recording Academy (the Grammy people – I’m on the Board of Governors for the Pacific Northwest branch). MusiCares helps musicians in need. No questions asked. At least not the kind that would keep us from helping.

From the website: “MusiCares provides a safety net of critical assistance for music people in times of need. MusiCares' services and resources cover a wide range of financial, medical and personal emergencies, and each case is treated with integrity and confidentiality. MusiCares also focuses the resources and attention of the music industry on human service issues that directly impact the health and welfare of the music community.”

It is a fine thing that you can bliss out to the beautiful sounds of another GMR Xmas and do good at the same time, don’t you agree. So – click the link and download. Tell yer ma. Tell yer pa. This makes a great holiday gift (as do most other GMR releases!).

Lest I forget, a big thank you goes to all the musicians who donated their time and effort and to Mr. Steve Turnidge who kindly donated his mastering services to pull the whole messy thing together.