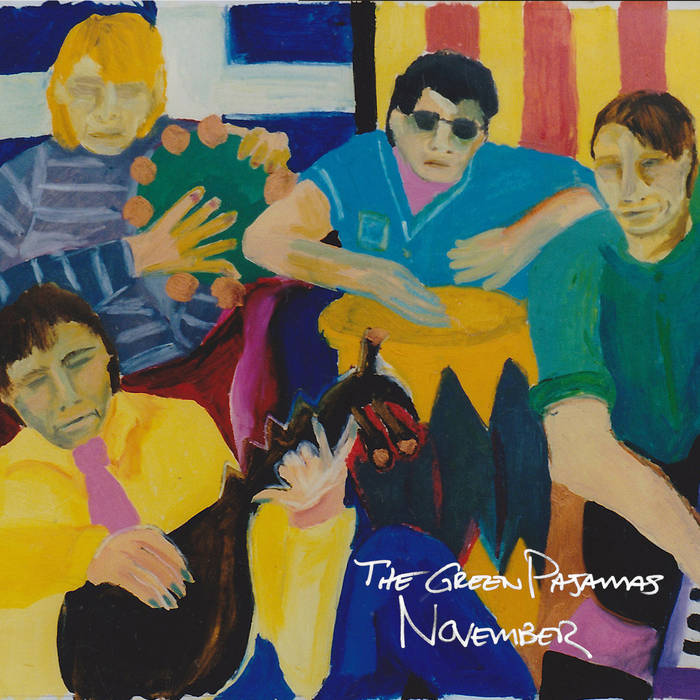 On a recent trip to Victoria, BC, I came up with the bright idea of recording a live show and releasing it on a cassette only. This, I theorized, would be a quick and cheap way of finding a home for some of the old songs that weren’t recorded in the studio and the ones that weren’t scheduled for recording in the near future. Of course Tom hated the idea and the two of us spent an hour or so on the ferry ride back to the mainland debating it. Finally Tom agreed to the project – but only if it was recorded in a studio, where the sounds going down on tape could be properly monitored.

One November night a small group of friends and supporters gathered to listen and dance to this slightly eccentric grouping of ancient (Far, Far Away, Mary Magdalene) aging (Get Away, I Wish That It Was Christmas) and infant (Dance Away, Just Like Seeing God) songs at Reciprocal Recording. A few weeks later Tom and I mixed and that was that. I thought.

As the weeks went on I listened to the mixes and became increasingly apprehensive about releasing them, I started as I sometimes tend to do, to nit-pick every song (bad vocal on this song, bad piano sound on this song, funny guitar sound) on and on until I came completely around to agreeing with the stand that Tom originally took on the Victoria ferry. That this wasn’t the way to follow up “Book of Hours.” That the next release should be something grand, a step up from the
first album. This cassette was more of a step sideways. Why do it?
Of course by this time Tom supported the project 100% and “Baby Go Down” was his favorite song of the month. “It’s just a cassette, Jeff. It’s like you said – a way of getting this rock-and-roll stuff out of your system.”

So, I agreed on the condition we remix most of it. We spent several hours one Saturday remixing and beautifying it with delays and such, only to find that we preferred the original, rougher version. Typical. Herein, then, lies a fairly representative record of our live show circa 1987 (not including “Book of Hours” or “Summer of Lust” material). It’s raw, untampered with, and gets better with volume.

Jack rode down with us in my van when we went to Terrastock in San Francisco in April 1998. “November” came up in conversation and we made a plan to have a go at re-mixing. Jeff and I had recently re-mixed "What In The World" and "Mana" for “Indian Winter” (though they were ultimately not included there) so I was familiar with the “November” master tapes at hand. We remixed the entire session over two days at Jack's North Seattle home on July 27-28, 1998.