Oh It's The OF 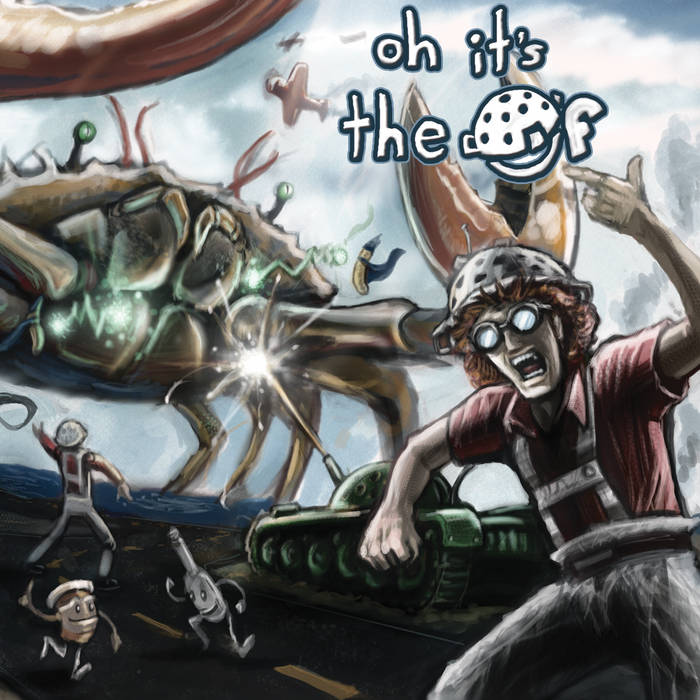 You're In Love With The OF
youtu.be/AVnbriP2L2I

In spite of the local scene's attempts to eradicate them, The OF have survived long enough to offend audiences with their weirdo music and to commence recording on their first project: "Oh It's The OF."

Carey is a veteran of Seattle legends The Queen Annes, Refuzors, Shattered Machine, and Trapezoid Monks. Writes material and grumbles about life's little injustices. Knows a lobster by name.

Ian Gray is a multiple stringed instrument player with a diverse musical background ranging from bawdy folksongs, jazz, classical, and bossa nova. Since being assimilated into The OF he has made the 4 string electric bass his primary sound form manipulation device. Other musical efforts he has been involved in include All Folked Up, The Slomosapiens, The Swauk Prairie Ramblers, The Ivory Tower Tets, Movin' Mountains, and The Dusty James Band.

We just found Jim Morgan in a barrel behind the local sheet metal factory. He seems happy enough, so we keep him around.