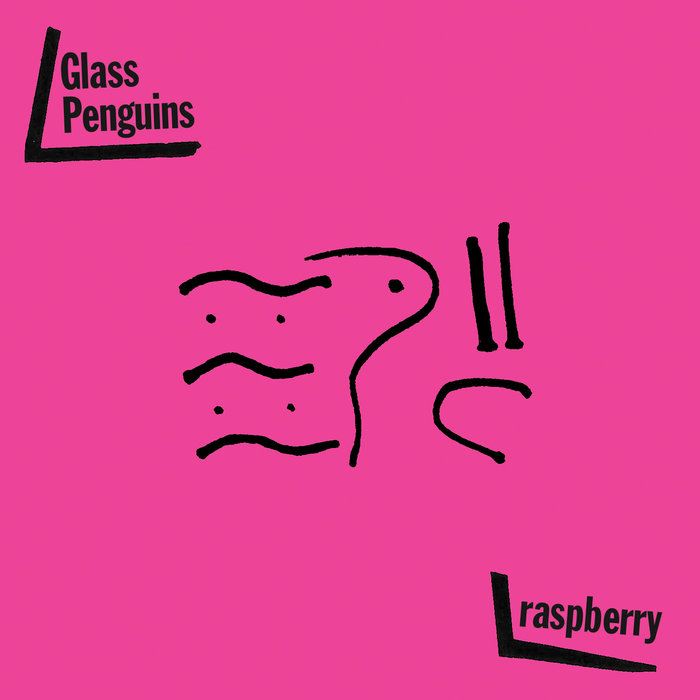 No money to press records? Let’s go to Pip’s Real Time Duplication and we shall make cassettes! Cassettes, consigned to record stores in Seattle (and Olympia) were the cheapest road to public existence. You could send them out to get reviews in Backlash, The Rocket, Option and Sound Choice. The stage was now set for Glass Penguins.

Glass Penguins was one pop master mind, Michael Cox a.k.a. producer Jock Scott. Not the greatest singer or player, but definitely the holder of a great notion of pop music. Michael had been sending me tapes in the mail from Bellingham, WA - I would write him a letter in return. I thought Michael’s stuff was great. He had recorded some material on 8-track reel-to reel with Jon Auer of the Posies in B-town (I’m pretty sure this is prior to the release of The Posies’ Failure) that was pretty groovy, with future avantist Evan Schiller on drums. I summoned Michael to big ol’ Seattle where we recorded the rest of the album on 8 track at my TDS Productions basement studio, with a bevy of Green Pajamas, Young Fresh Fellows and Dynette Set members. A grand time was had by all. We released the dayglo pink covered cassette to minimal notice and carried on with life. Michael did not become a famous pop star – though he did become a regular writer for Dawn Anderson’s Backlash music rag.

Which brings us to 2021. The little clock in my head said it is time to bring this out of the vaults and I contacted Michael, who gave me a hearty “Sure, why not?” plus an additional five songs from the time, recorded by Michael, I think on four-track, and mixed and/or mastered in the modern Pro Tools environment. Dandy numbers they are and they are all on a pretty CDr as well as download ready for your deep appreciation. I know you will approve.

And now what? Is Michael ready to record his follow up album at last? I cannot say, but my fingers are crossed.

All songs written by Michael Cox, published by Wall Of Bees Music (ASCAP) except Look Out (Here Comes Tomorrow) by Neil Diamond; Number or Your Name by Doug Fieger and Berton Averre.

Shadow of a Fish, Your Time, I’m Sure, Your Number or Your Name, Look Out (Here Comes Tomorrow), Pull Yourself Together, and Strange Thing recorded and mixed at TDS Productions, Seattle, WA. Engineered by Tom Dyer.

Girl I’ve Never Met, Fine To Me, She Moves Me, and Never Too Late recorded and mixed at NorSound Studio, Bellingham, WA. Engineered by Jon Auer.

Out of the Rain recorded at NorSound Studio, with additional recording at TDS Productions. Mixed at Reciprocal Recording, Seattle, WA. Engineered by Jon Auer and Tom Dyer.

Thanks to all who are good and kind.

The Glass Penguins exclusively use whatever they can get their hands on.

COFFEE is the official drink of the Glass Penguins: ”Coffee - to which only Jolt! Cola comes in a close second!”