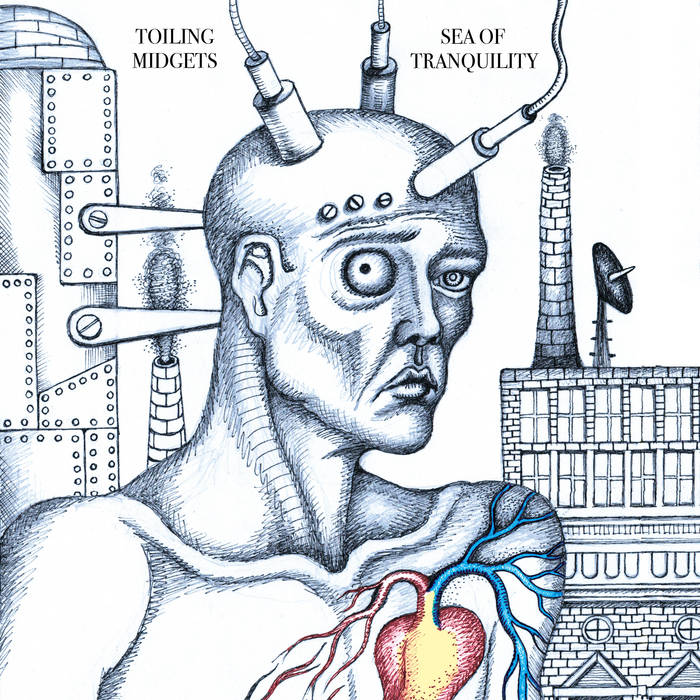 Toiling Midgets – Sea of Tranquility. Vinyl long player. First all new-ish album since a long time ago – maybe 1992. I dunno. First GMR release. Pretty damn great. If you like electric guitars. I do.

Toiling Midgets and Green Monkey Records are certainly pleased to announce the release of the new LP, Sea of Tranquility(vinyl LP and download), a record informed by the past but created looking to the future. The album is reflective of much of their experimental, psych/prog/jazz/punk/post-punk/noise rock work over their 40-year history. It is largely the work of the two main surviving group members, Craig Gray and Seattle-native Paul Hood.

Sea of Tranquility includes new material developed by Craig and Paul using vocal outtakes from the late Ricky Williams plus music composed and recorded for this project with singer/bass player Simon Bell, and mixed by Michael Davidson in Seattle. Also making an appearance on the record is Penta Swanson, graciously lending her voice to one summer psycho drama!

Originally formed as an instrumental trio, the Toiling Midgets were born in 1980 from the ashes one of San Francisco’s first punk bands, Negative Trend, with founding members Craig Gray – guitar, Tim Mooney – drums and Nosmo King – bass. A young Paul Hood who had honed some chops as a bass player in Seattle punk bands Meyce and The Enemy, joined in short order, switching to improvised and often lyrical feedback guitar. The unpredictable wild man, Ricky Williams, completed the original line up with his Bowie/Iggyesque free form vocals and lyrics.

This new record (and make no mistake, this is new stuff) stands proudly with the other 16 or so EPs and albums that they have released over their 40-year recording career. Straight up!

Paul wants you to remember to play this at maximum volume. Be an ear bleeder.

More Toiling Midgets can be found at: toilingmidgets.bandcamp.com