by The Queen Annes 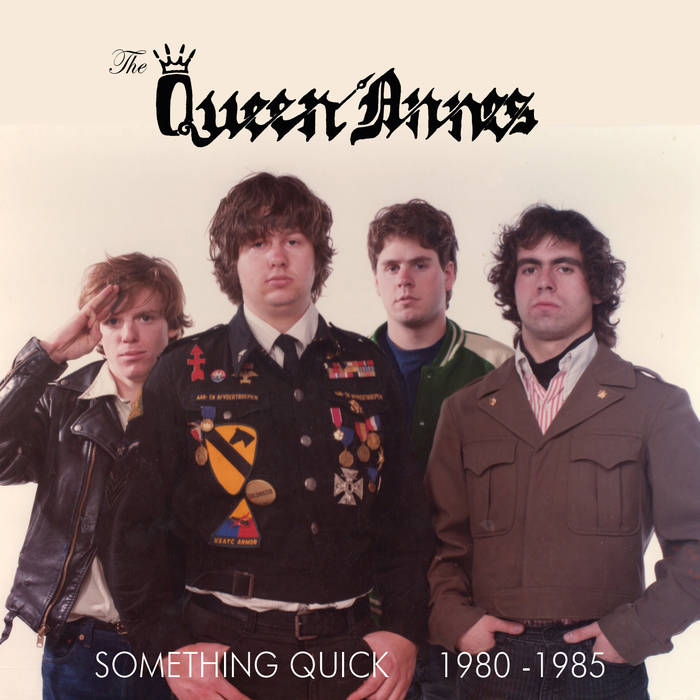 Walter Kelley This one really surprised me. I knew nothing of this band but liked the description and the vintage. Early Who is an obvious reference point, but these guys weren’t copycats. I hear favorable similarities to The Jam and even The Fabulous Poodles.

Something Quick was originally released by GMR on cassette in 1986. This edition is remastered and restored to full glory, with six bonus tracks added. Why put out this old pre-grunge Seattle stuff now? Easy. It rocks like the devil himself.

Since the 80’s The Queen Annes have been an off and on proposition. In 1994, they recorded tracks in John Carey’s barn in Thrashers Corner for what would become The Mire album, released in 1997 (mixed at Mr. Toad’s in San Francisco and available at www.VagrantRecords.com ). Later in ’97, they recorded a new album Revenge with Erik 4-A, which still awaits a proper release.

After a hiatus, in 2009 they “got the band back together” to play the record release party for The Green Monkey Records Anthology: It Crawled From The Basement. They were great. Total rock stars. They still play occasionally, both as themselves and as their alter ego blues band, Last of the Steam Powered Trains (Yes, named after The Kinks song. They’ve probably covered twenty Kinks songs live over the years.) TO’C: The Steams are a blues band in the tradition of Alexis Korner’s Blues Incorporated. I think it is an effort to keep the blues alive - Kip can actually sing these songs. KP: Last of the Steam Powered Trains started as my pet project - always wanted to start a blues, blues rock band. This type of music is a sort of obsession of mine. We are having a blast.

In 2013 they recorded a rocking version of Roy Wood’s “I Wish It Was Christmas Every Day” for Green Monkey’s annual Christmas album. greenmonkeyrecords.bandcamp.com/album/green-monkey-records-presents-merry-krampus They are considering finally releasing Revenge in the not distant future.

Recorded at TDS Productions by Tom Dyer except:

I Thought Of You recorded at Triangle Recording by Peter Barnes, Produced by Tom Dyer

All songs © by whoever wrote them except: Lucille: Al Collins/ Richard
Penniman © Sony/ATV Music Publishing

Mastering Notes: I took the recordings from the best sources available and cleaned them up as much as I could while maintaining their essential character. You may hear a few weird dropout kinda things. It’s not your stereo or the CD, it’s just the way it is, so rock out and dig it. td

The Queen Annes: we thank Mark Naficy, Curly Stabler, and Martin (for all the pizzas) and everyone for their support over the years; just for being there. Especially the people who helped make it happen.