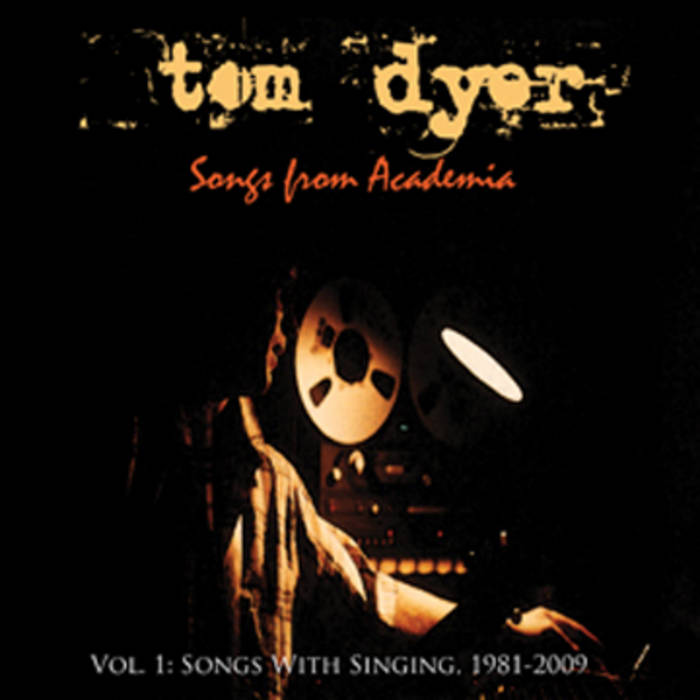 The album cuts a wide swath stylistically, ranging from “mad-bull in a China shop” real-band-rock, to experimental studio pop where Dyer plays anything required, from saxophone to Theremin. Dyer reflects, “I am excited to finish this project exactly at its scheduled time. When I set the goal of October, 2009 those 28 years ago, it seemed like a stretch. I really think this project shows how an artist can develop if they set their mind to it and have a good calendar.”

SECRET BONUS TRACK - I’m Your Man (1991). Recorded by B.L.O.G. (Bunch of Lame Old Guys) Mach 1, a one-off studio band, at the Art Institute of Seattle during a “faculty meeting.” Some of our finest songs were made up on the spot, this one I wrote in advance. If I had to guess, I would say Roy Scimeca, Keith Livingston and Dave Wheeler play on this, but I can’t guarantee it. B.L.O.G. previously had a Secret Bonus Track, "Heavin’ Tiny Sandwiches," on the Art Institute CD, The Young and The Restless.

Produced and mastered by Tom Dyer at TDS Productions
Little Sally Walker mixed by Keith Livingston
I See Pictures recorded at Triangle by Pat Hewitt
The Prize, Saturday, Must Have Lost My Mind for a Minute recorded at AiS by Phil Ek