Sweet Petunia Modern and The Holograms of D​ü​m 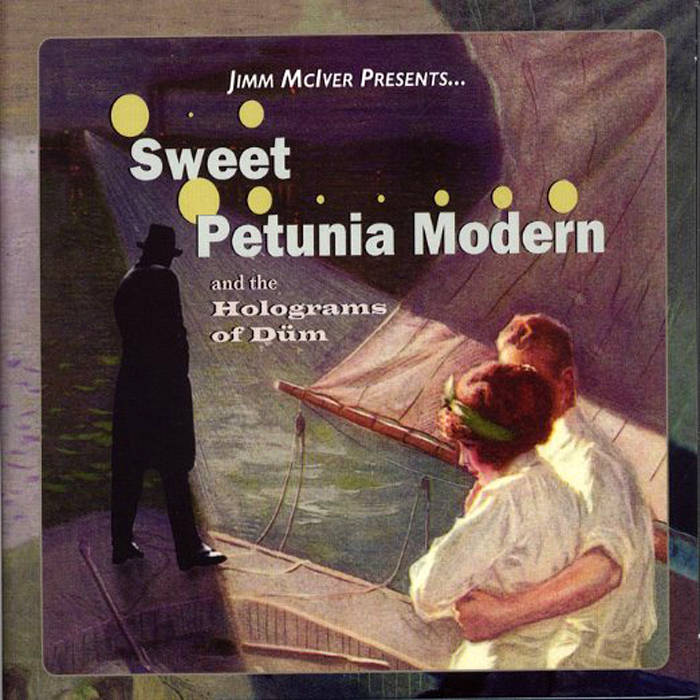 Welcome to Whippoorwillville, a place where there is no music...nowhere that is, but in the heart of young Petunia Modern

The Beatles meet Queen for a moonlit faery tale of swans, evil Puddings, and floating castles.

Singer-songwriter Jimm McIver's new concept album "Sweet Petunia Modern and the Holograms of Düm" is the eagerly awaited follow-up to his debut recording, "Polaroid Angel." "Sweet Petunia" takes an even sharper turn toward his British influences, blending the lush slyness of the Beatles' Sergeant Pepper with the loopy range of Queen's A Night at the Opera.

A classic power-pop fairy tale, the new release pits young Petunia Modern against arch nemesis Peter Pudding in the tiny town of Whippoorwillville, where Petunia is the only singer in a land without music. With his warm, insistent vocals and original lyrics, McIver (pronounced McKeever) turns Petunia's tale of musical woe into an intricate, irresistible yarn filled with small lyrical surprises. One reviewer has called "Sweet Petunia Modern" "creative and wildly enjoyable . . . like a weekend drive through green hills, a cool breeze in your face and sun shining down."

Seattleite McIver has been writing and performing around the Northwest for more than a decade with several bands and as a solo artist. His intelligent, accessible style melds wry, fanciful lyrics with memorable melodies. His debut album "Polaroid Angel" was released in June 2002 on Seattle independent label Ptarmigan Records, and was produced and recorded by Conrad Uno -- best known for The Presidents of the United States of America's platinum-selling debut.

When "Polaroid Angel" was released, Gary Glauber of popmatters.com wrote, "What's most evident is the man's undeniable talent -- he crafts intelligent songs that draw on any number of solid musical references and makes the results stand out. This music stands up well to repeated listens. In fact, that's when the real charm manages to make itself known." The same can confidently be said about "Sweet Petunia Modern and the Holograms of Düm."

The band for their hard work and silliness above and beyond
Weezee, Vinnies, Cooper Edens, Orin Stone, St. Clouds
Jasmine, the finest kitty of them all, Joe Bar & the Hi Spot Cafe for javalicious inspiration
Farukh Bulsara, Steve & Grace McIver who gave Peter Pudding his name and the enduring gift of Split Brain Syndrome.

This album is dedicated to my wife, friend, lover and confidante extraordinaire Ms. Caitlin Ella Duffy.