The Complete Book Of Hours 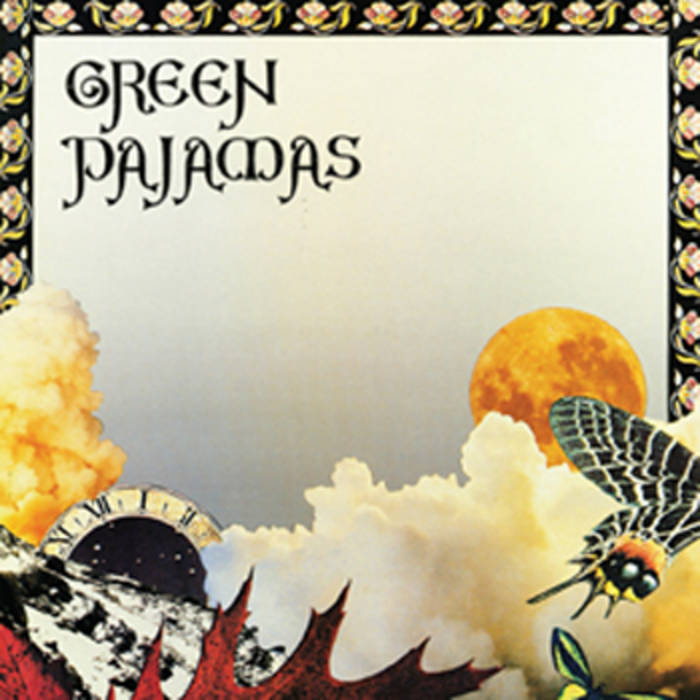 We are absolutely delighted to announce the first-ever CD release of the Green Pajamas - Book of Hours. Originally released in 1987 on Green Monkey, with subsequent versions in Australia, Germany and Greece, this edition marks the first time all the tracks from the Book sessions have been released together. The album was remastered with love from the 1987 analog tapes by original producer Tom Dyer. It is now complete.

What you’ve got here is a year plus that I spent with Jeff and crew trying to make the perfect record. When I look back I remember this as a year of painstaking, fastidious work. Lotsa cigarettes in a small room.

More than most Green Pajamas records, this is a band record. This version of the band played live on a frequent basis and played many of these songs as a regular part of their live set during this period. While there is plenty of overdubbed studio “trickery” and some songs, like Observatory, which were pretty much studio creations, there is a core essence of the PJs as a four piece that was real: Jeff was the focus, but Bruce and Steven brought creative competition to get their music heard that was healthy for the band.

Jeff and Steven were fairly interchangeable here on guitar and bass, as they were on stage in those days. I think they pretty much divvied them up the same as playing live. That is not to say their playing styles are alike, if you’re trying to tell them apart, Steven tends to be a bit more angular while Jeff is more fluid.

Much has been said about the psychedelic aspect of the band. To be honest, I never really cared. To me it was just about a great band with great songs and trying to make them sound interesting rather than make them sound psychedelic. I think when you listen to Book of Hours (and November, which followed), you can see pretty clearly that Steven was going for the psych thing in his songwriting. With Jeff I never felt that was such a big deal. I don’t think he was so deliberately trying to be psychedelic, he was just making cool records.

The sessions were not without their interesting moments. On Time of Year, it was the plan all along to use champion piper Doug Maxwell on Highland bagpipes, however, it did not occur to us that they could only be played in one key, A flat. We did not record the song in A flat. Fortunately we were able to use the vari-speed on the tape deck to tune the tape down to the bagpipes so we could record it and then bring the whole works back up to the original speed after the fact.

Regarding the order of songs, we were undecided which order to use as there were four. Joe, who was not on this record except as a backup singer but is always highly interested in all things Pajamas, was advocating that Time of Year should be last rather that just putting out the American version with all the bonus tracks after, as is usually done. At the end of the day, we didn’t go with any of them but instead created something new, something that seemed to flow with the entirety.

Jeff has made a lot of great records since this one, both as Jeff Kelly and as The Green Pajamas. I think this one stands up with the best of them. Enjoy.

If you go to www.greenmonkeyrecords.com/catalog_PJs_BoH.php you may still find more bonus material at the bottom of the page. Get it while you can.