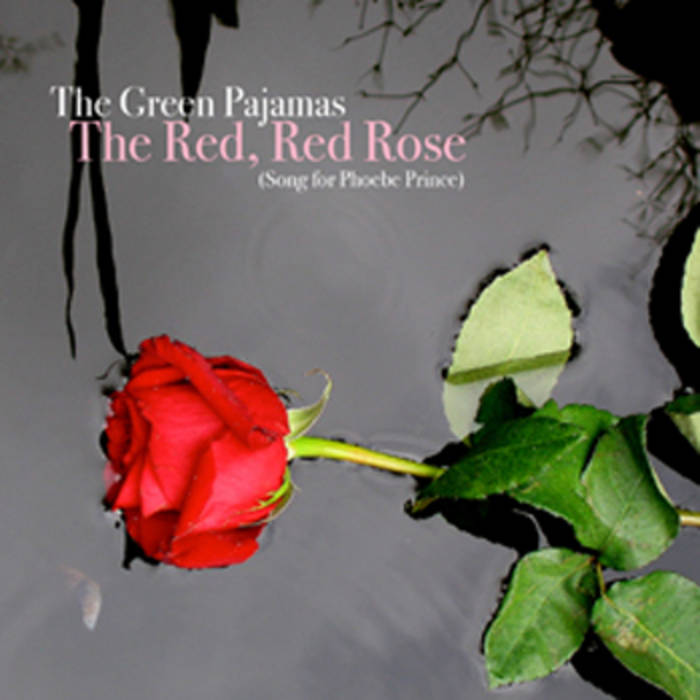 Half of profits from the EP will go to The Jason Foundation, an organization dedicated to the prevention of youth suicide.

"Musicians, indeed, artists of all stripes, have always responded to public tragedies with new works commenting on the events. But few respond quickly anymore, the way Neil and the CSNY crew did with "Ohio," or so many musicians did after the 9/11 attacks. Green Pajamas leader Jeff Kelly found himself so moved and horrified by the suicide of Phoebe Prince (who hanged herself after consistent bullying by students at her high school, bringing the bullying issue to national prominence) that he wrote a song about it and already has it in the racks. "The Red, Red Rose" is prime Green PJs, mixing a folk melody with psychedelic rock and poetic lyrics that address Phoebe's tragedy from the point of view of those still grieving."

"The EP fills out with four songs previously unavailable on CD. The haunted waltz "Raise Ravens," the lovely (if dark) ballad "Just Another Perfect Day" and the winsome folk popper "Little Dreams" also appear on the band's download-only collection If You Knew What I Dreamed: The Green Pajamas Play the Jeff Kelly Songbook. "If Forever Comes," an elaborate, accordion-laced ballad, sees the light of the day for the first time here. Coupled with the emotional power of the title track, The Red, Red Rose becomes as satisfying a collection, however brief, as anything in the PJs' catalog." MICHAEL TOLAND, Blurt

The Green Pajamas are a Seattle, Washington band who have released over twenty albums, most recently Poison in the Russian Room and the re-issued The Complete Book of Hours.