by Cabeza, The Social Distance (single), 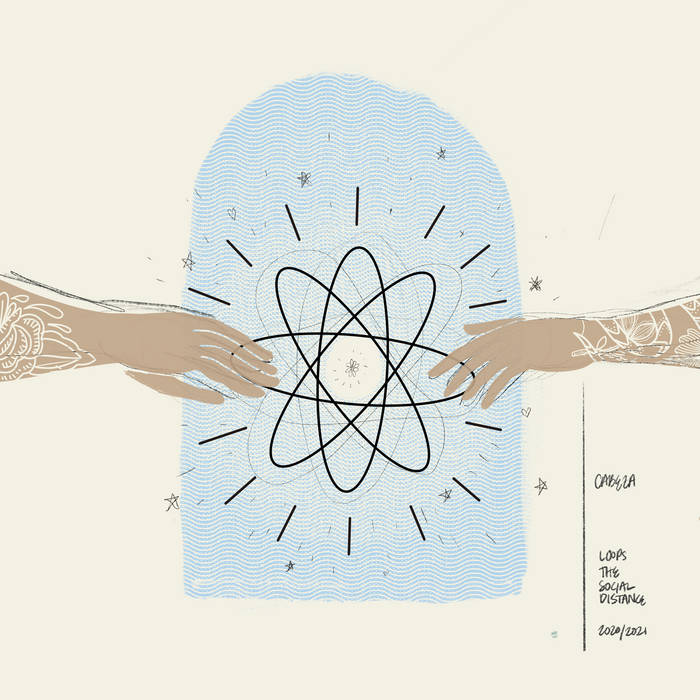 Cabeza literally means head. The band defines Cabeza as follows:
1. loud and obnoxious. at times thoughtful and delicate
2. noise from our hearts and sounds from our heads

Cabeza is a four-piece band from Boise, the capitol of Idaho USA. They shake and stir bits of electronic, hip-hop and experimental music into their indie rock foundation, resulting in a soulfully weird groove.

Their new single “The Social Distance” b/w “Loops” breaks loose the Covid scene in Boise, where half the population don’t want no damn government-plot vaccine. The band had planned to be a 2020 gigging machine, but that went straight down the quarantine tubes. The sound for this single is far more electronic than their 2019 “So Important” single. (cabezaboise.bandcamp.com/track/so-important): it is either a bold new direction or an interesting side-trip reflecting the nature of their current reality.

Craig Lodis and Ray Dyer (yes, he’s related) started the band as an excuse to hangout, drink some beers, and jam on drums, guitar and vocals, the true nexus of all great art. Saul X showed up with his bass from a Craigslist ad; Cabeza started cooking and booking shows. A garage bay was sacrificed for the good of mankind and transformed into practice-spaceship/studio. Calen X next came aboard and helped beef out the sound on guitar.

With now four Millennial members, Cabeza's sound is tall, subversive and has enough groove to get the emo guy in the back of the venue to nod along. This is their third single/EP, plus they have contributed multiple times to the annual Green Monkey Christmas Charity album.

Stuff they like include Nine Inch Nails, Sylvan Esso, TV on the Radio, and Talking Heads.

The future is uncertain but they remain resolute.