This Is Where We Disappear (Remaster) 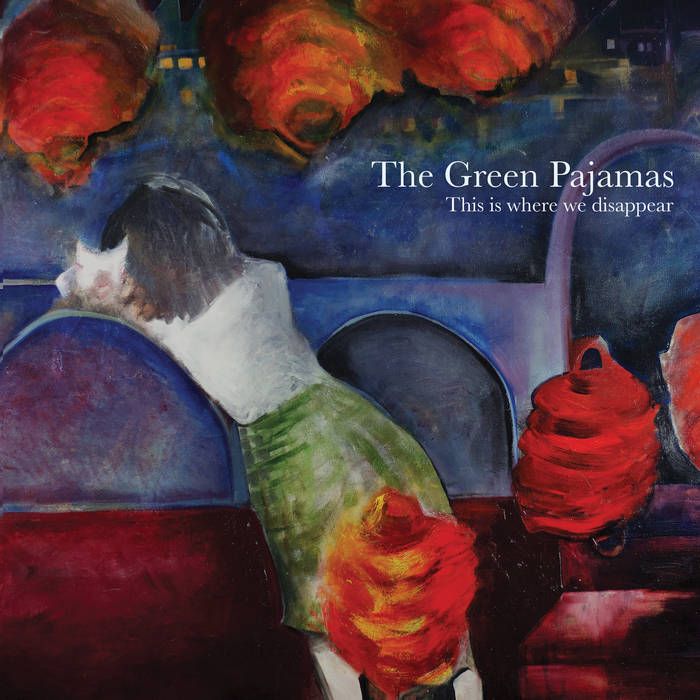 Remastered 2020 "Disappear" with "In A Glass Darkly" EP on side 4. All new cover from Susanne Kelly.
GREEN PAJAMAS - "THIS IS WHERE WE DISAPPEAR" (SUGARBUSH SB067), a brand new 2LP vinyl issue for the first time of this legendary green Pajamas album. Originally release on CD only on the legendary UK Woronzow label. A 140 gram virgin vinyl deluxe 2LP set, sealed with discs outside main cover for extra protection of the sleeve. 250 copies only. "Time appears to have little relevance for The Green Pajamas. The Seattle-based band, which remains virtually unknown after 19 years of recording, is just as likely to draw inspiration from 18th century literature as Syd Barrett era Pink Floyd. Their recently released This Is Where We Disappear is a concept album that weaves references to ghosts, religion, lust, and love into compelling pop music.

Opening with the lush and psychedelic title track, The Green Pajamas establish an other-worldly ambience right from the start. Distorted guitars and layered vocals underscore lyrics like, “Now be still my goblin heart, It is time that we depart.” Singer-guitarist-keyboards player Jeff Kelly is the Pajamas’ chief songwriter, and he’s a master of poetic imagery. “The Moorland Ghost” refers to a specter whose “dress was blowing wild/A thousand ribbons in the wind,” while the acoustic ballad, “Softly, Elizabeth” echoes the eccentric charm of Barrett’s early work. “Matilda” rocks harder and features medieval style lyrics based on a 1796 horror story called The Monk.

On the lighter side, “The Waitress At The Old White Lion” calls to mind “Kim The Waitress,” which was recorded by The Green Pajamas in 1984 and later covered by Material Issue. “Sweet 16” is an exquisite pop song about a forbidden love, while “Wild Desire,” set to a primitive drum and bass arrangement, views lust as a disease. “The Wave (It’s Becoming Very Clear)” is a short, symphonic reprise of the title track, and provides a fitting coda for an album that deserves to be viewed as a classic." (Review, Illinoise Entertainer 2001

This is where we disappear

Produced by Jeff Kelly*
*‘French to Japanese,’ ‘Would You Even Say Hello’ and
’Sweet Moth/36 Envelopes’ produced by Eric Lichter
and Jeff Kelly

Original CD released 2001 by Woronzow Records
Edited by Tom Dyer at TDS, Seattle
Mastered by Chris Hanzsek at Hanzsek Audio
Remastered for LP by Tom Dyer at TDS, Olympia in 2019
Oil Painting This is where we disappear (front cover)
by Susanne Kelly
Thanks to Maureen, Scott V., Susanne, Tom, Markus
and Sugarbush

In A Glass Darkly

Original CD released 2001 by Hidden Agenda Records
Edited by Tom Dyer at TDS, Seattle
Remastered for LP by Tom Dyer at TDS, Olympia in 2019
Oil painting Carmilla (back cover) by Susanne Kelly
Band photograph by Maureen P
Thanks to Markus and Sugarbush