To The End Of The Sea 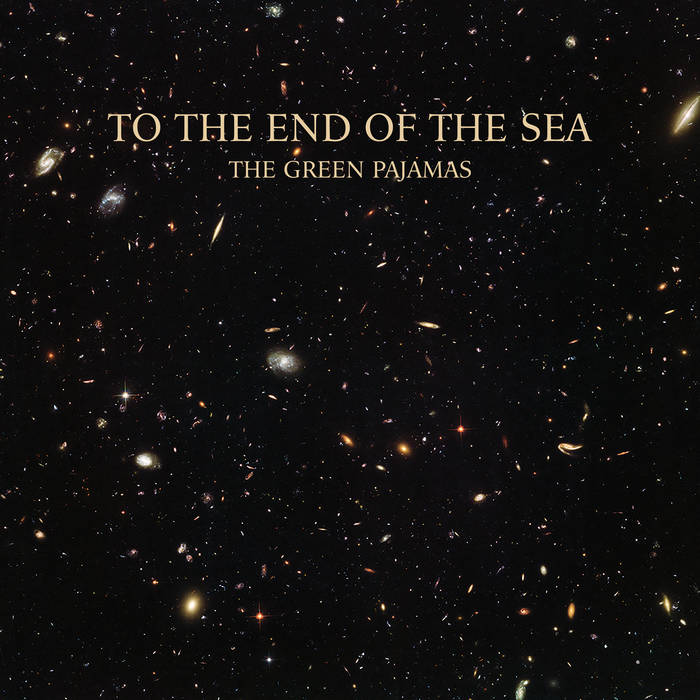 To The End Of The Sea is The Green Pajamas first new studio album since 2012’s Death By Misadventure. For this album, Jeff Kelly went to his roots, re-embracing his love of 1960’s pop. It takes much more of an organic approach to the recording process than his work of recent years. Jeff wanted to reach back to Pajamas albums like Strung Behind The Sun and All Clues Lead To Meagan’s Bed and go with that sort of aesthetic again: sound effects, backwards guitars, lots of vocal harmonies, violin and cello.

The album tells the story of a lighthouse keeper, the mysterious woman he finds on his beach after a storm one night and what happens from there. Who is Juliet? Fallen from a star, a mermaid or maybe just a mysterious woman? It’s a sort of a sci-fi romance micro-rock opera, seasoned with a pinch of the gothic. Most of the 18 songs are short, tied into two long medleys. Many were in fact recorded in that fashion, with one song running right into the next. Bang, bang and then on to the next song.

To The End Of The Sea is everything you’ve come to expect from a Green Pajamas album, great songs, great musicianship and titillating production. After 31 Pajamas albums, somehow it is still beautiful, somehow still mysterious.

They fashion albums, do the Pajamas. And Jeff Kelly has honed his craft as songwriter and arranger. If you don’t have any Pajamas albums in your collection, To the End of the Sea is a great place to start.” Frank Gutch Jr. – Segarini: Don’t Believe A Word I Say

FRONT COVER PHOTOGRAPH COURTESY NASA/JPL-CALTECH
ALL OTHER PHOTOGRAPHY BY ANDREA OLSHESKIE-GRAY
The Green Pajamas cd-photoSET DIRECTION BY SUSANNE KELLY
PAINTING “END OF THE SEA” (OIL ON CANVAS) BY SUSANNE KELLY
ALL SONGS WRITTEN BY JEFF KELLY EXCEPT:
“SI SIGUES LA LUNA” AND “HASTA AL FIN DE LA MAR” BY ELISE HIRSCHI AND JEFF KELLY;
“SEA OF SECRETS 1 & 2” BY LAURA WELLER; “GOT TO GO AWAY” BY PHIL HIRSCHI AND JEFF KELLY
AND “WHY DID I THINK I COULD” BY JEFF KELLY AND LAURA WELLER

THANKS TO TOM, MARKUS AND SUSANNE