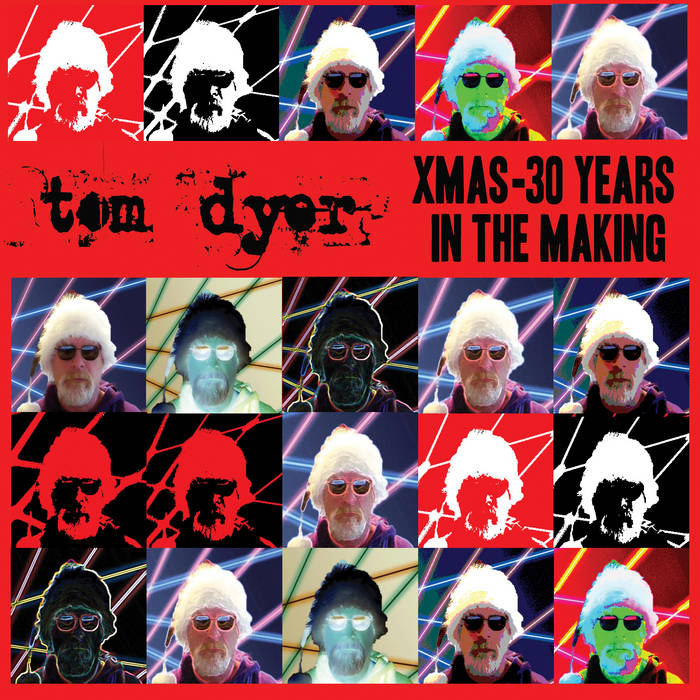 Hey, I like a good Christmas song. Always have. Have plenty of of Christmas discs – Phil Specter, Ray Charles, Elvis, Frank, Bing & Mr. Hanky. I used to tell people I was making a Xmas album. Slowly. I figured I would get done in another 10-15 years.

Last year, three weeks before Christmas, Howie informed me I had arrived. The full album. I was taken by surprise. I could have waited another year and come up with a super promotional plan.

Nah. We just stuck it out in a week.

It’s a year later. Howie convinced me we should give it a proper release. So we did. Remastered much fancier. A real CD instead of a burnt one. Wheew.

To our shock, we got a lot of response last year for No Lou This Xmas, so this year we are making a glorious video for it that you can watch right here :

No Lou This Xmas video: youtu.be/WPEWZjxWHUs

Now you may have noted that this year we are not doing a various artist Xmas album for charity. True.

However, we are still doing a giant charity FUNDRAISER for MusiCares a great charity that helps Music People in need. Any dough we make off album sales this year will go to ‘em.. If that ain’t enuff, we are going to have a Super Xmas Holiday Charity Bash out at Darrell's Tavern on Aurora on Saturday, December 13. Green Monkey SuperStars galore! They get all the dough from that too.

You know you want in on this action. How? Get advance tickets for the show (and other great rewards) by going to our IndieGoGo site right here: www.indiegogo.com/projects/green-monkey-records-charity-xmas-xtravaganza

Since 2009 Green Monkey Records (GMR) Mach 2 has gathered together some great Northwest musicians for the sole purpose of spreading good cheer for Christmas and lending a hand to worthy charities. The driving force behind these yearly projects has been GMR Prez Tom (He’s no Grinch) Dyer. He has had his hand out ready to receive whatever carols others will donate to the cause, making his own too, and ready to give a hand to others, usually pulling it all together at the last nano second on December 1st. (You can still download them at Bandcamp and the funds still go to charity.) This year we are doing things a little different.

After we put the 2013 Xmas project to bed we started counting up TD’s songs and realized that he had enough songs to do his own Xmas album. So we thought, “Hey, we’ve got enough time to get together a hard copy for sale.” You know, a physical CD that you can buy and take home and put in a player. It includes the surprise hit from Green Monkey Records Presents Merry Krampus “No Lou For Xmas.” He makes no claims for the greatest Xmas song for all time. He doesn’t think that Bing Crosby and David Bowie, Phil Spector, Robert L. May (Rudolph), Gene Autry or John Lennon have anything to worry about, but he does like a good Christmas song come the holidays.

Some people are slow and meticulous when they make an album (Heck, I thought the nine months between Revolver and Sgt. Pepper was ridiculous), but TD has never been accused of that to my knowledge...and yep, it took him 30 years.

No Lou This Xmas video: youtu.be/WPEWZjxWHUs