by Jeff and Susanne Kelly 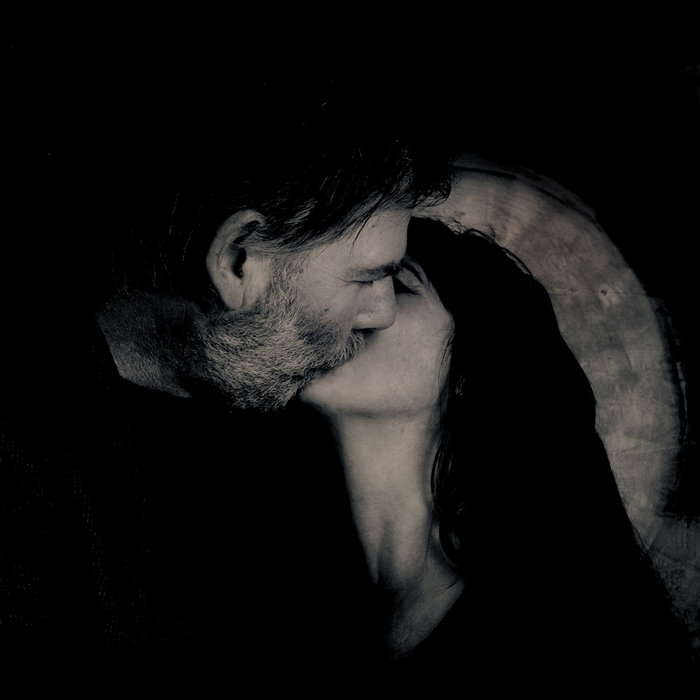 This month we are very pleased to release Jeff and Susanne Kelly’s By Reckless Moonlight. You know Jeff as Green Pajama #1. If you like to read album credits, you know Susanne as well from the many album covers that have featured her art (the 12 page color book in this album has several of her paintings). They are well acquainted. Married in fact.

In 1987 when we at GMR made little cassette releases, we made GM019, Coffee In Nepal. The PJs and I had taken a long time making the Book of Hours album and Jeff decided to make this cassette with his new bride Susanne on his Tascam 4 track Portastudio while we were working on it. It was pretty simple, primitive and beautiful. Just Jeff and Susanne with minimal instrumentation. It has one of my all time favorite songs by Jeff, “Oh How I Loved You”. The album had legs for a cassette. It got picked up by DiDi records in Greece and released on LP. Twelve years later it got released on CD on the Melancholy Sun box set by Camera Obscura in Australia.

Fast forward. After wrapping up the Pajamas Death By Misadventure in July 2012, Jeff asked me about doing a follow up to Coffee in Nepal. "Of course," I said. We sat on his porch and bounced around a bunch of ideas about making a two disc re-release of Coffee In Nepal and Portugal (its kissing cousin) to accompany the release, which we didn’t do (yet). Originally we were going to release By Reckless Moonlight last summer. Summer turned to fall. Still not done. I’d stop by and give my two cents on Jeff’s progress. At some point he started to bog down. Fall turned to winter. Finally, back on track and here we are.

This is the first time Susanne has been the lead singer on one of their songs. She doesn't think she is much of a singer. Or maybe it was Jeff that thought that. Me, I think she is very effective. In the same way the Richard Hell was effective in the Voidoids. Except she doesn't sound like Richard Hell. At all.

And I really like this album. It is a little thicker than Coffee, but not too much. It builds nicely to a satisfying conclusion. Isn’t that what albums are supposed to do?

And now there is a video for "I'd Rather Be Filming In Vanda's Room." Jeff just got it done Saturday. Susanne sings and dances in this one. Yep.

The 12 page booklet includes lyrics and the paintings, "Vanda's Room" and "By Reckless Moonlight" and the drawing "Fly Girl" By Susanne Kelly.
Photography by Carrie Von Kiel
iPhone photo: "Cynthia Sweating" by Susanne.

"Fly Girl" was inspired by the film AGLAJA