We Are All Famous

by Jim of Seattle 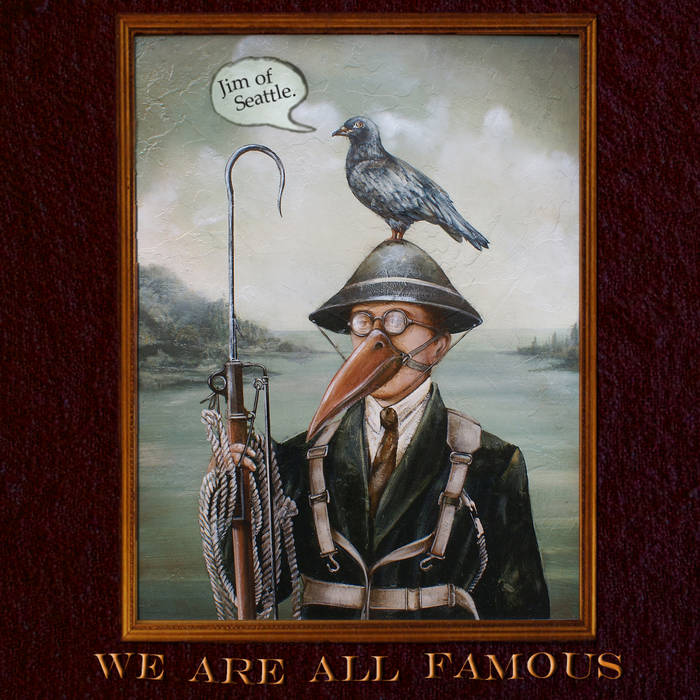 Tom Dale I'm not sure if I even like this but it sure is interesting Favorite track: OK.

Jim: For years my music has been very diverse, and while I've had enough music I thought was good enough for a CD, I've never felt like I had enough in any one style to be able to make a whole homogenous CD. The mix of musics would be too dissimilar, and it wouldn't hold together as a satisfying whole, but be just a random collection of songs that didn't go together but happened to be by the same guy. So yeah, I'd thought about it a lot, but nothing ever happened. I couldn't solve that eclecticism problem. And which style was really me? I didn't know. All of them at one time or other.

Then the Green Monkey wanted to hear a collection of my songs, and I auditioned for it 3 CDs of wildly diverse variety, I think it was 60 tracks. When it pointed at the dozen or so it liked best, it was an eclectic mix to be sure, but it also revealed this weird unity that I hadn't noticed in my music before. Once we settled on this collection of 17, the first thing I did was sit down to sequence them, and when I did, the character of the whole album revealed itself. I realized that if I re-wrote this song here, tweaked that song there, re-imagined that part like so, it wasn't so miscellaneous after all. Sequencing the order that the songs would go in was the first thing I did for this project, and doing so solidified my vision for the whole process thereafter. Now instead of being just a collection of my songs, it had an identity as a larger single work. And just like that the eclecticism problem was gone. And what I ended up with was pretty much exactly what that original vision was.