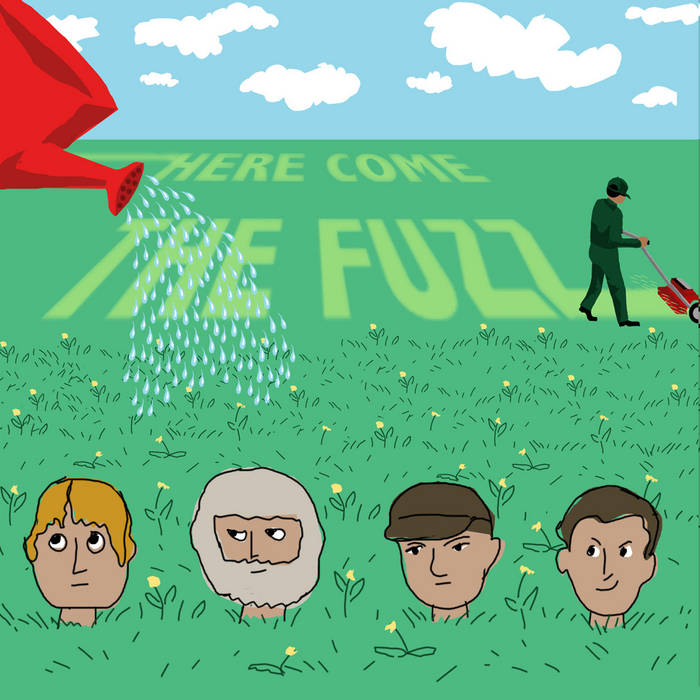 The Fuzz came from the remnants of another band called Humptulips. Even though I was not in that band, I named it. Tom Hendrickson, who I played with in the Runaway Trains, was in Humptulips with guitarist/ singer Mike Olness, another guitarist named Mark, and future Fuzzers Andy and Brad. They had a party one night and had asked those in attendance to help them come up with a name for their band. The winner would be awarded prizes and such. I had a huge list of possible band names, and so I submitted Humptulips and won the contest. After a big argument between various members of the band, their bassist Brad called me out of the blue and asked if I wanted to jam with him, Tom, and Andy. I agreed, and we became The Fuzz.

The Fuzz is an interesting mix of fellas. Andy was mainly a country music player and is as great on the lap steel as he is on a guitar. Brad, on the other hand, is an old-school punk rocker from Orange County, who used to play with Rikk Agnew of the legendary Adolescents as well as a bunch of hardcore bands. Then there's Tom, who loves just about anything that's fast and loud, and lastly, me, the ex-grunge guy. However, after the first few practices, we knew that there was a great chemistry between us.

We wrote a bunch of songs, some of which could be classified as "classic rock,' in the style of early '70s Stones. I wanted the lyrics to be self-absorbed and full of attitude, and the music to have a pronounced swagger. And I wanted it to be sexy. Of course, being the way I am, I couldn't leave it at that - other styles came and went along the way.

We were a band for nearly two years (1999-2000), and we only played a handful of shows - two at a coffeehouse in Sumner that Brad helped run, one at the West Seattle Outdoor Cinema (we opened for Toy Story II), a show in Tacoma with Girl Trouble, one at the Sunset in Ballard and our final show, at The Breakroom on Capitol Hill. We recorded our demo, "Here Come The Fuzz" in my basement with the enormous engineering assistance of Jerry Hammack (see Throttle Body/Dry Bones). The Fuzz broke up when Tina and I decided to move to Rhode Island in 2001. We returned in 2005 and the Fuzz reunited shortly after. We've been playing ever since and are stronger than ever.

All songs written by The Fuzz © 2000 moodmusic BMI/ASCAP.
All rights reserved.